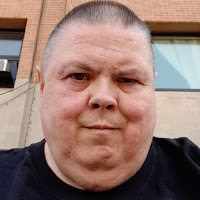 Keep reading posts about Marijuana overdose deaths in Canada from Conservative people on here. Most of them going on about children dropping dead after eating the parents cookies. The reality is OD deaths in Canada so far is literally zero.

However a LOT of kids have been hospitalized over it. Now a bunch of pets have actually died from it though.

The deaths attributed in humans where all things like falling off a roof or smashing up the car.

I find it interesting that several so called news outlets have said children have died from an OD. There is no actual credible source for this.

News agencies and political minder people are misleading people when they claim Marijuana related deaths and make it seam like they died of an OD.

But please do note that there actually HAVE been overdose deaths in other countries - it is extremely rare but can happen. All of the OD deaths where from edibles and the consumed a large amount of THC in a short time.

As for smoking it, you literally can't smoke enough of it to die before you pass out for get violently ill. I witnessed a over 20 minute video where around 40 people did a hot box with almost 300 grams of dab.

You could not see the other side of the room. A lot of people got sick, but no one was in need of medical attention.

One last note, pets CAN die from THC ingestion as they react to it differently, the dosage has to be monitored closely for pet use. As well children can be harmed mentally and physically for the rest of their life from ingesting THC.

Only in extreme cases should it be used on a child and if you desire to use it for a child consult an expert in the medical field that knows about using THC for medical usage.