Crazy J - or Dealing With a Madman 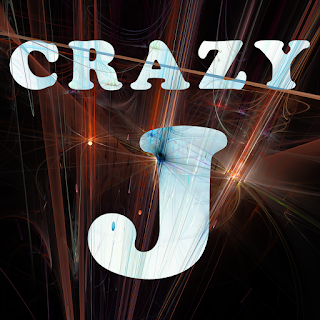 There is a guy in my City that we will call "J". J is batshit crazy. J is the cause of literally all of his own problems. J is a serious jerk and harasses people then claims to be the victim. Basically he's a real piece of work this one. He's also a legend in his own mind.

I've known J since he and I where children going to the same school. In this school he claimed to be the victim of bullies. I have to admit, like every school in the 1970's, there where bullies. The reality is however, they went after several others and left J alone. J spent all his free time hiding from imagined strife or hanging out in an isolated part of the school yard. There is only one incident I'm aware ever happened to him. Trust me most of us got much worse.

J almost never even spoke to people and it was impossible to get to know him for the most part, and I for one did not know him all that well in the school days - no one did.

I encountered him many years later on a mental ward when I was in there for a bought of depression. At first I had no idea who the hell he was when he started talking to me. It was only after a bit of conversation that I realized we went to school together many years before.

I hung out with him after that for a short time then became very tired of his crazy shit. Several times he phoned me in the middle of the night with this unintelligible talk. To this day I've got not one clue what the hell he was trying to say. I then changed my number and never gave it out to him again. I tried to hint as to knowing it was him when he asked about my phone being disconnected, but like always he did not get what would be obvious to most people.

I had my fill of his shit after talking to several others who knew him (and still do). It was obvious it was not just a prank, but an attack when he phoned.

For one person, he tried to get him kicked off of social aid by diming him out, and of course it was unfounded and it did not work. None of his shit ever worked.

There was another person who he repeatedly called the cops on saying that this person was "harassing him". He claimed he was going to people in a collage that J had attended and telling them bad things about him. I was actually with J when he went to talk to a former professor about this. The professor was obviously unaware of any of this, for the simple fact, it never happened. The was he interacted with J, I realized he knew how disturbed J was.

There is a great deal of second hand stuff I was told as well, spanning a long period of time.

More recently, J (a person who thinks he's hyper intelligent) came to my building and buzzed my apartment late in the evening. The same unintelligible ramble that you can't pick one word out from ensued. He's too stupid to realize his voice is very distinct and he's literally unable to mask it. He's also too stupid to realize there are 2 cameras on him while he is in the lobby using the intercom (so I can literally see it's him on my TV). You can see why I scoff openly at his supposed intellect.

The fact is, several of us could have had him charged with harassment several times over the years. But what would come of it? Mentally ill J in prison? Unlikely, more like a fine or community service. So why bother doing all the crap needed to get him convicted?

His only single accomplishment of meaning was a 5 month leadership of an organization almost no one cares about. I'm not being pissy here, literally 98% of people have zero interest in the organization. It ended with him once again ending up locked up on the mental ward for being out of control, paranoid, delusional and basically unhinged.

The thing I feel most sorry about him for, is not all the suffering in his life, as he's literally the cause of almost all of it. Instead, it's that 2 generations of his name sake where prominent in our city, and he's just sitting there living off what his parents left him after they died, the entire time unable to do anything at all for a living.

I know first hand with over 2 decades of dyability, that there is a longing to be someone in the job force. I deeply miss the days of working for a living. I had no really great jobs and had many jobs over the years, but I miss just working.

His only relative in town hates him as well. There is nothing but malice between them. You should by now understand why this came about, it's obvious.

To sum it up, why go after him legally or in person? His own mind is a constant and terrible punishment. I have a mantel illness myself that is considered serious. However, unlike J, my medication completely controls it. I am no longer at the mercy of a mind that is attacking me. So I understand his suffering, I've been there - I've felt the long nights of struggle with things not really there. There is nothing any of us can do to him that is worse than this - so we just ignore his antics.

I honestly hope none of you reading this ever know the suffering he and people like him endure. Peace be with you and Love be in your heart. Hugs.