When the System Messes Up - A Poor Persons Perspective 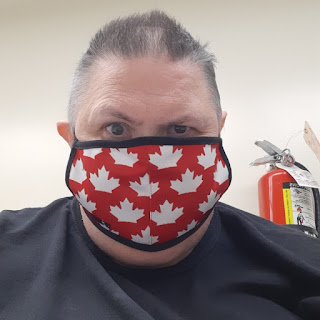 So I get a knock at the door. I pause my movie and go put on a mask and answer. Well it's the people from the head office of Moose Jaw Housing. They tell me they don't have my address.

Well I tend to send them all the information they need each year for my review in an email, then I phone the next day to make sure it's all there and they go it.

In the information is a scan of their form for "next of kin" and your personal information. In this I have set text over the scan in a nice readable font. In that is my phone number. As well when I first applied, I gave them my phone number.

So you see where I'm going here right? I'm wondering why the heck they don't have my phone number at all. Did someone make an oops and clear it from the field in their records? I will never know. All I know is it's bizarre to me that they would need my phone number.

I don't actually like phoning people so I tend to use email to get in contact with them unless it's something that needs to be done right now. So in the email I tend to stamp on the end, my name and phone number. They have responded with phoning me several times. This alone makes me wonder why they don't have my number. BTW in the email will obviously be my apartment number and the building I'm living in (as they have many buildings).

Could be worse, several people in town got accidently removed from Disability (SAID program) and Welfare a while ago. The kicker is, they had no idea they had done this and did not inform the people it happened. They had to just find out come a few days before they need to pay rent, there is not a dime in their account.

Not many people on Disability or Welfare have the ability to save any money. You just don't have enough coming in and most of the time unless you literally eat pot noodles 3 times a day and never do anything and have no TV or smart phone, you spend all your money by mid month. Some have gone to the extreme of having them hold back $100 until the middle of the month so they have something for a short time after then.

But they all had to reapply for benefits and so on. This would be a bother to say the least. A trip to the doctor to fill out a form and giving them all your information like taxes and a bank statement. It's amazing to me there is no system in place where the information is backed up and they can just reactivate your account.

A friend was supposed to have his "paused" for 2 months as he received money from his former work years after he stopped working there as part of his benefits package when he turns 50. They deemed it was enough to live for 2 months and paused benefits.

Well cut to 2 months later, he phones them up and finds out he has been removed, not paused and has to do all the effort to get back on. They id however fast track it and not dick with him like they tend to do with new applicants these days, so there is that blessing.

The thing I'm saying here is no matter what system it is, if it's for poor people, there is no backup or safety systems in place, so you end up getting messed with if something happens. For people who work and for those with a lot of money, there is always something to make it right in a short time frame and they don't have to go to maximum effort to fix someone else's mess up. We on the bottom of the pole tend to have to do work for the ones who messed up.