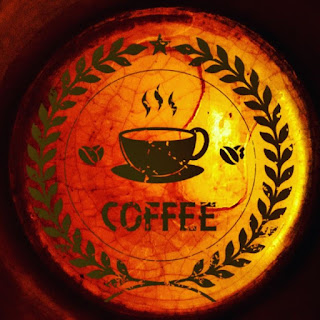 Coffee is Mother. Coffee is Father. I grew up in a family where my mother drank coffee non stop all day and night. She also chain smoked the entire time, but that is a different story.

Dad only tended to drink coffee when he was out with his cop buddies. On the odd occasion that I was with him I remember him and all the others drinking coffee and talking.

When we where at a family get together it was divided. After a meal, the men went into the living room and had something with booze in it. The ladies went into the kitchen and had coffee.

About the age of 16 when I first was able to drive, we started to go for coffee at a place out on the north service road. We went there for many years to come as often as we could manage it. It was a 24 hour joint and we would sit there all night some times and drink coffee and eat sticky buns.

In the start I never drank coffee at home. In fact I never did that until after I moved out of home and was on me own. I think it took about five years before I got my first coffee maker. After that it was a daily habit of drinking coffee as soon as I got up and not stopping until the pot was empty about 2 hours later.

It's a ritual now. Wake up, go to the bathroom, get dressed and put the coffee on. I then go check the mail and come back and fix something to eat, pour a cup of coffee and sit in front of the TV and feed. I generally spend the rest of the 2 hours in front of the TV drinking coffee.

When I go out it's almost always coffee we drink. We are not fans of the bars and the loud people that go along with them. So we sit there and drink coffee (or tea) and talk for hours. Sometimes there is a meal and some times there is pie, but there is always coffee.

I love everything about coffee. I like the way it tastes and the feel of it on my tong. I like the little oil slick on top of the dark black liquid, shining in the light. Most of all I like the smell of it.

I have to admit since Mom was almost always home and Dad was almost never home I was closer to Mom and Dad. The fact that Mom lived 25 years (almost to the day) longer than Dad did helped the bond grow. Interacting with Mom at her place always had something to do with Coffee. The smell reminds me of her and it's a happy thing.

Anyways I literally could go one for hundreds of more lines and talk about many instances - but I will leave it here. Coffee is very important to me and if I was told stop drinking or die - I honestly might chose to die. Next time you have a cup think about all the good things that you associate with coffee. Hugs.