I Can't Fix People But I Really Want To

What Bob said... I have for the most part of my life tried to make the day of others more happy and bright. A joke here and there and some words of encouragement. Offering up prayers when requested and just listening to people when they need someone to talk to.

It's very rewarding and easy to make the life of another person better for a short time. All you have to do is be nice and spread the love. It's mostly what I live for. Facebook and to a lesser extend YouTube allows me to make people happy.

In tern they make me happy and the cycle goes around. But there are always people who enter our lives that no matter how much you try to make them happy, they insist on being angry.

Well had several of them this year and ended up deleting all of them. You can't change how people think and if they make the choice to be a dick all day every day, there is nothing you can do to make them happy. This was the case for all of them.

Sure we all get angry and we all get sad and we show it. I'm not talking about that. I'm talking about people who go out of their way to be angry at the world. They are the ones that 90% of the time they post how much this sucks or that sucks or that person sucks. In the end it's best to remove them from your circle.

In the last 3 cases they where people who I had invested a lot of time into trying to make them happier people. In all 3 cases they ended up ranting and railing against me over something that should not have bothered them and that they took 100% out of context. Hell one of them it was me feeling bad for someone unfortunate that got me yelled at big time.

2 of them I had known for at least 10 years (one a lot more). In all 3 instances there was no reasoning with them and I did give them a chance to calm down and think - they chose to keep attacking. So onto the blocked list they went.

The sad reality here is that I would deeply like to fix these people and take away all that raw anger. The reality though is I can't do that, no one can. When your brain goes into a mode where the world is against you, you tend to look for reasons to be angry at people.

In the 1 case I watched a person I used to respect and admire for his kind heart and charitable ways slowly turn into someone who is angry at the world and looking for a reason to complain. Such a strong personality change. But I saw it coming years ago, so it was no shock. Still I hung on and tried to be there for him for years after.

In all 3 cases only their pain is valid in their minds. They all see the hurt they are in and when it's you hurting, they pass it off or ignore it. The worst part is the majority of their issues are self induced...

All 3 of them see the world in absolutes. If you are not helping them you are against them. All 3 looked for a reason to complain about may things. All 3 where triggered by something that a rational person would not have seen as a problem.

We all complain, we all get angry. I'm not talking about that. I'm talking about always angry and always something is wrong. The best part is all 3 of them saw others in the same light as they gave off - that is to say they projected their own anger and need to constantly be in a state of complaining on others.

It comes down to rule #1 - the really crazy people think everyone else is crazy and not them.

I guess I am wasting my time wishing that they would see the light and get the help they need to overcome this miserable life they have forced on themselves. But that is who I am. I want the world to be happy. 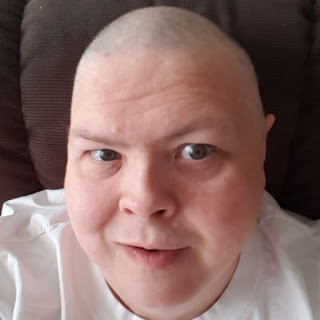