The New Revolution Is Changing Us All 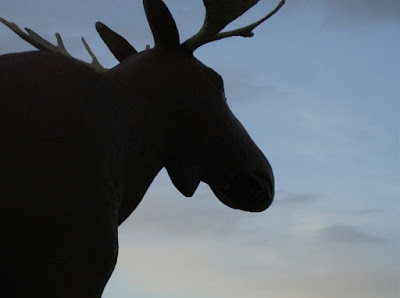 So over as compared to the previous years, Moose Jaw seems to have had a sharp increase in violence and drug use. But on a positive note, drinking and driving is down, even if people are using meth now - there is that to hold onto.

So tell me, was it surprisingly unexpected that the use of drugs and the amount of violence went up? We at one time referred to ourselves as the friendly city, is that still the case on average?

When I was a kid you could leave the door open to your home and not expect someone to walk in, punch you in the face and take your TV. Now I don't desire to go for a walk after dark - I would not think it a safe idea.

As well in my youth people would talk to you and hold the door for each other and not get upset if someone else got to a parking spot first. Now when I hold the door for someone, they either say nothing and don't make eye contact, or they bitch me out for being a sexist asshole. As for talking, stand in line at a till and see how many people say a single word they don't have to say... I like to be friendly to the person running the till, this normally seems to annoy the hell out of people behind me thinking they might be delayed by 9 or 10 seconds this way.

Back in the day is you slipped and fell in the snow someone would help you up and ask if you are OK, now they would take a photo and post it on Facebook saying "look at the fat old man in the snow".

Come to think of it, people now seem to desire texting over talking to each other. It would take 20 seconds to say it in a call and they would spend 2 minutes typing it out instead. Hell I have many times seen young folks texted each other at the same table when I was out for coffee.

I can only think that this revolution of tech we have unleashed on ourselves has made interpersonal communication and the desire to get along part of the past. Sooner or later we will be a world of people who recoil at the though of actually having to say words or see other people. It will only be the working class who are not able to work from home that will even encounter others. It's the beginning of the end I think.

P.S. less and less people each year seem to actually support the idea of social programs for the poor and disabled as well. I wonder if in 100 years people will once again be left to die in the streets of Canada after they fall threw the cracks of the system?