It Makes Me Happy To Make Others Happy 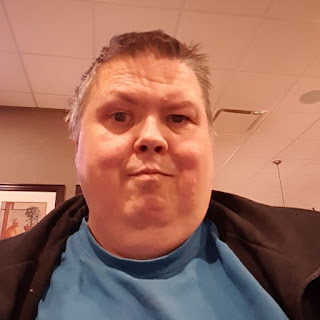 When I was around seven years old my Dad took me to a hockey game. Well it bored the hell out of me. I was more interested in the time clock counting backwards than I was in the sport being played. I never every did like sports.

I knew Dad was enjoying the game but I was young and uninterested and well at that age self interested. But several years later when I was 12 we went again. I was still not interested but I knew that Dad was into it and it would make him happy if I was as well, so I faked it. Hell I was even cheering for the team.

The strangest thing happened. I still did not like the game, it was meaningless to me. What I did like was being part of the crowd and being with my Dad. That made it enjoyable.

We went to many games over the years and it was always fun, but to this day I would not watch any sporting event on my own.

There was football and Mom loved to watch the Riders play. I could not give a shit, but she was happy with me sitting there watching with her. Hell I even learned how the damn game worked for her. Kept up with rule changes and so on. I even knew stats at the time to quote if needed.

So to others this would sound like I was desperate for human interaction. No not really I could get that and not see Mom for days on end or even months. But to make her happy I was there for her every day for the most part. In fact in my entire life I think I was out of contact with her for about 2 months total time.

After she died and my friend ended up living on his own, I watched with him or would watch and we texted back and forth about the game. This was the same thing, me making someone happy by giving my time.

Cut to years later and that friend being out of my life and Mom and Dad both dead. Now there are no sports in my life at all. This is other than a couple of people on my Facebook freaking out over sports now and then LOL.

I have found long ago that the key to me staying a happy person is to make others happy as well. I make people happy online mostly now. Yes I have "real life friends" as they say. I make them happy when I can as well. But for the most part I am home alone most of the time and that means interacting online.

With this you get a nasty comment now and then or someone trying to mess up your day. But the ability to laugh and joke and share my day with so many nice people makes it worth it a thousand fold. After all the joy they give me lasts all day and the pain given from a troll lasts a few seconds only.

I tell you it's worth it. It's very worth it.