THE OVER-REACTION OF SOCIAL MEDIA 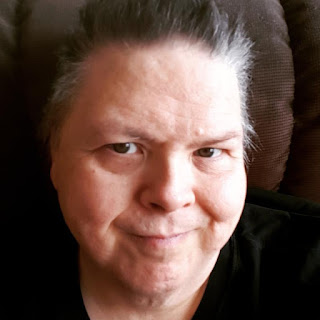 Well now. Seems you can't refer jokingly to your own gender on Facebook without getting hit by the bots. A friend got hit the other day for "Hate Speech" by pointing out how it's not OK to discriminate based on race or sexuality. I'm shaking my head.

Evidently no one looks at these things if you appeal - it's just another bot. He appealed and they held up the decision although it made literally no sense - being his statement was the opposite of hate speech.

Now this is the 3rd hit I've gotten in 4 days by the bots. The other 2 where for "nudity". Well the first one was a link to a movie (IMDB link) and the photo on it was 4 people in bed naked - but nothing is showing - literally all the parts are covered. Still on appeal it was still against community standards.

Then the 2nd hit was for nudity as well. Now this photo proves no human is looking at these things. This photo was of a stuffed toy cat. It was the Pink Pusheen the Cat toy I own. I hit appeal and the next day was sent a reply that it was reviewed and found to be against community standards.

So no one is actually looking at this stuff if you appeal it, it's just a different bot. I can see a scandal now in the media after people who are "important in society" get dinged for this stuff.

I'm waiting for some political or Hollywood type to make a public fuss over this.

BTW over on Tumblr a US senator got kicked off for "hate speech". Now some are saying it was justified, but most are saying it really wasn't. I have no idea because I never saw his blog - but ya know.

Tumblr is "cleaning up" right now. You see I joined that site because it had wide open content standards. I wanted to see posts by bloggers who talked about alternative sexuality and gender. Now the blogs that I used to read on these topics are all booted off for "pornography" even though not one of them posted a photo even - it was all stories of life experience.

Not all that I have left is the photo blogs I follow over there. The idea of community for alternative sexuality and gender definition seems to have changed in the minds of Tumblr. Now a blog marked as "ADULT CONTENT" will be deleted even though it was filtered out by the safe filters.

I'm still waiting for DeviantArt to do the same thing - that is "clean it up". Now I have the filters turned OFF on every site I am part of. So in daily look at art on there I get no end of the amount of naked people in sexual poses or with a hard-on. It's to be expected. I have the filter off so I can see the actual artistic nudes now and then.

I'm expecting the next step to be protecting other than humans form "hate speech" on Facebook or Tumblr BTW. Sooner or later you will post, "I had the best bacon cheese burger ever", and the bots will tell you it's hate speech against cows and pigs.

The day of open dialog without a paid subscription on the internet seems to be over. I understand you want to protect those who are "offended or young" from this stuff, but that is what the freaking safe filter is for.

The best part is there is still on Tumbler several blogs were people have posted Nazi rally photos and images of Nazi flags and so on. Somehow these are left up and the people who want to talk about that date they had with another boy in a sexual context are not OK.

I am wondering if the fiction of the recent past where the future is a world where you can be arrested for talking about things that are not sanctioned by the government is literally our future. We are heading toward a world where freedom of expression is going to be vastly limited.

Sooner or later they will step it up and start to once again come for art displays they find offensive. I remember the Mapplethorpe exhibit being raided in the past. Will we soon be seeing that as well? 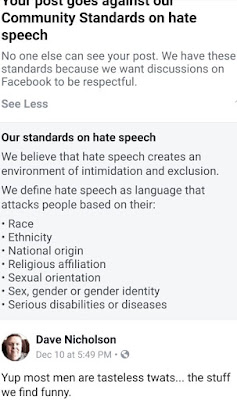