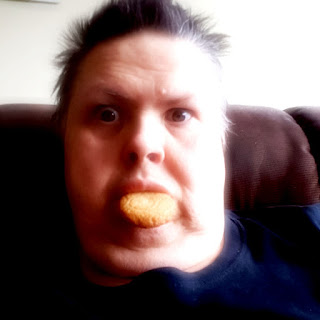 There was a stretch of about 7 or 8 months where I was out of my mind crazy. Some people reading this blog might actually remember it.

I have schizoaffective disorder and it's extremely well treated with medication. Before that I had no idea I was not right.

For most of my life I had ups and downs that where a bit extreme. But in that one span of 7 or 8 months I literally thought I was talking to God.

There was also one other thing I thought was real... I thought I had 2 children. The reality is it was actually the story of another person altogether that I had adopted as my reality.

It's a bit of a long story and and we will just let it be at - after the meds kicked in I realized what had happened.

It was an interesting time to say the least however. After it there was this time I was super Christian once again - like when I was in my 20's. But I got over it.

The bad part of it all was I had this doctor who gave me the exact wrong medication, Seroquel, and it almost freaking killed me. The doctor seems to have had not one clue what was going on (no shock in this city) and kept upping the dose.

The fact that I was getting worse not better, should have clued her in - but NOPE. Well one day I ended up in the ER over it and was physically and mentally a mess. I spent about 2 weeks in the hospital after that getting stabilized.

But no on the proper medication for years, I am functional for the most part mentally. Now if I could just get my body to not be so messed up. Oh well. But I am strangely usually the one who calms people down when they get upset. I've gone from talking to God in my spare time to being an very rational person.

I have to admit, there is a lack of creativity with the medication in a small part. I used to be able to crank out a pile of art, poems and short stories in 2 day manic binge of expression. Now I'm lucky if I can stay awake for 20 hours LOL.

Don't get me wrong, I can still create well enough - but the crazy stuff I used to produce is no more. But I'm not willing to go back to that out of control talking to God state just to be able to write a cool story.

On the sad part, I know several people who the medication does not work even close to as good as it does on me. They slowly over the years get worse. Now, I do still hear things but I know what is reality and what is not.

I also before the medication was very freaked out by crowds and loud sounds. Now I'm OK with it for the most part. The Anxiety used to be crushing with this as well. It was knocked down when my brain balanced out, but it's still here. On a good note, the Anxiety was dramatically reduced by the use of Hemp Oil. So I'm much more socially functional now.

The interesting thing here is - Pot can mess you up if you have my condition. But if I use Cannabis sativa, the negative effects are almost non existent. That being said - I almost never do. I will get a couple of pot gummies (50mg) for the very bad days. The stuff is out of my price range after all - so not a day to day kind of thing.

Well this is about all I can think of at the moment - my brain is starting to fog as I also suffer from Fibromyalgia and CFS. At least 3 times a week I get hit with a span of time where it's hard to express myself in words. But at least I'm not talking to God about the 2 children I don't really have anymore.