TO GET A NEW TABLET OR NOT? 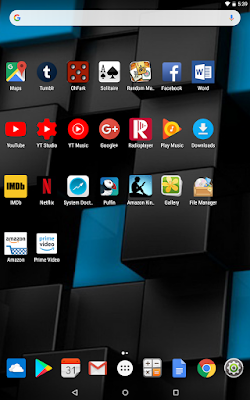 I've got this ancient tablet you see. I had to mess with it to force it to upgrade to Android 5 from 4. This is as good as I can do on it - can't make it upgrade past that without issues.

Anyways it's like 1gb ram and 16gb storage with a 32gb card in it. But this is literally all the apps I run on the thing, so who cares.

The cameras on it are no good for anything and I don't know why they bothered - but it was like $60 new out of the box.

I does however have 5ghz WiFi and not just the 2.4 (that gets all kinds of interference so I'd rather not use it).

I most of the time use it as a note pad or to buy things on Amazon - but since I got Prime I been watching Prime Video on it and it is OK for that. I can't watch on my TV right now - all my ports are in use so can't plug a fire stick or something into it.

The idea is to one of these days drop the cable (when the contract is up) and get the fire stick and go with 3 streaming services - Netflix, Prime Video and Crave TV (they have the HBO stuff). This is like $60 a month less than cable - so I'll wait a year to see the shows thanks.

I was going to switch to a different internet provider, but I remember how often they where down and how much trouble friends have with it NOT going as fast as they say it does - so I'm sticking with Shaw. The price is only $22 less with the competition, so why not. Plus my download speed is twice as fast this way LOL.

One of these days my apps won't support Android 5 and I'll be forced to get another Tablet or just use my phone. But until then I'll use this one.

The thing is there are a lot of good deals out there but they mostly only run Android 4 - well a LOT of apps won't run on that anymore - so why they hell would I do that? A modern tablet running 6 or 7 is like $270 and up for something small and not much memory - so I'm leaning to the - oh lets just use the dang phone part.

By then I'll be watching everything on the TV with the Fire Stick anyway - so who cares.

I do have to LOL though - there was a 7 inch tablet with a broken screen on Facebook Marketplace in town for like $150. It's also as old as mine is. Yup - that's worth it... So you know. Used is not always a good idea.