Day 0 - Just after getting it. 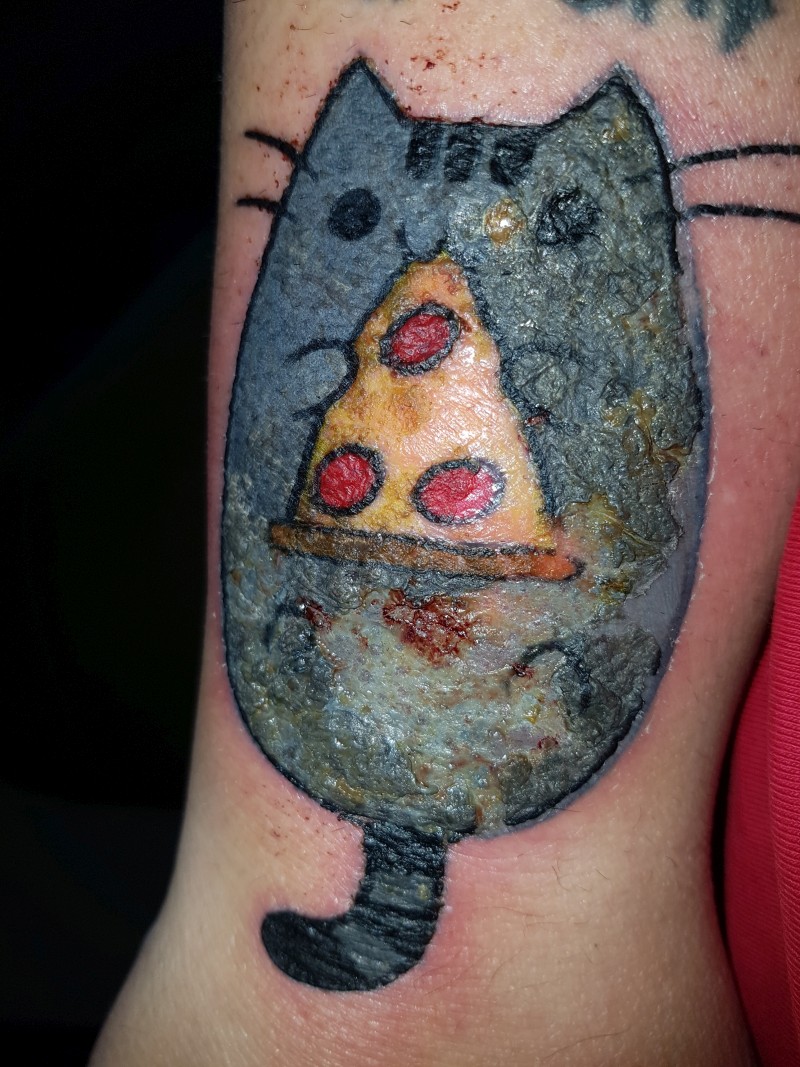 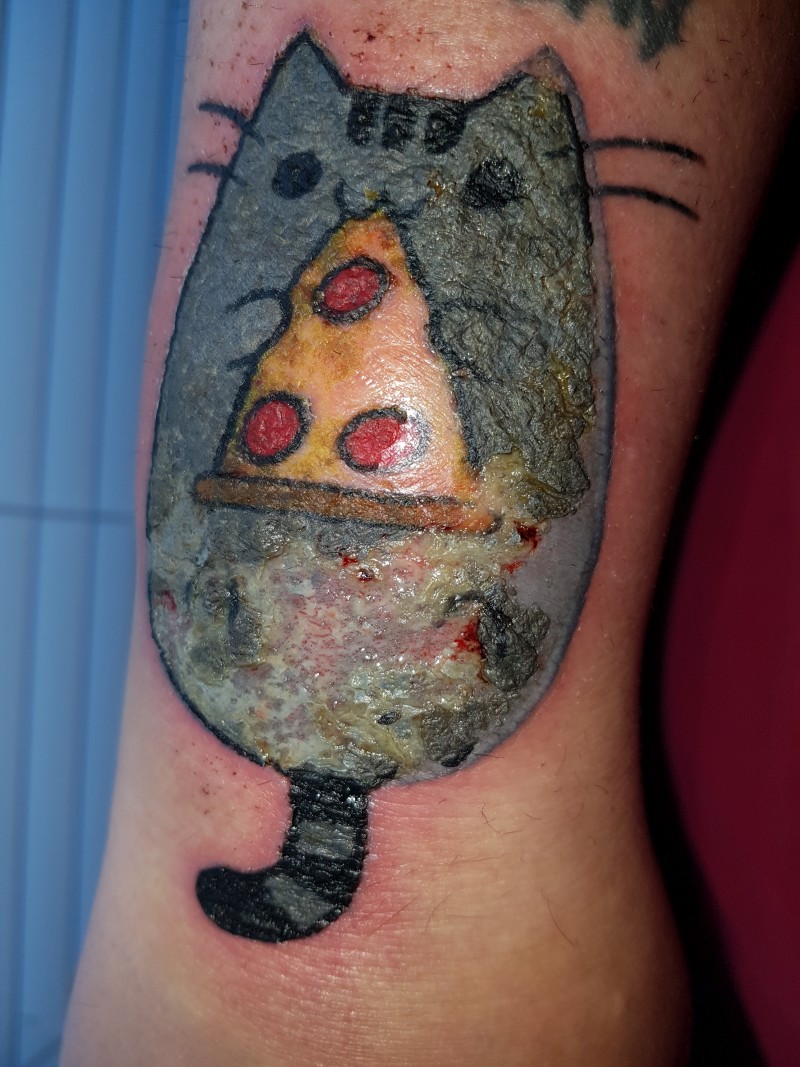 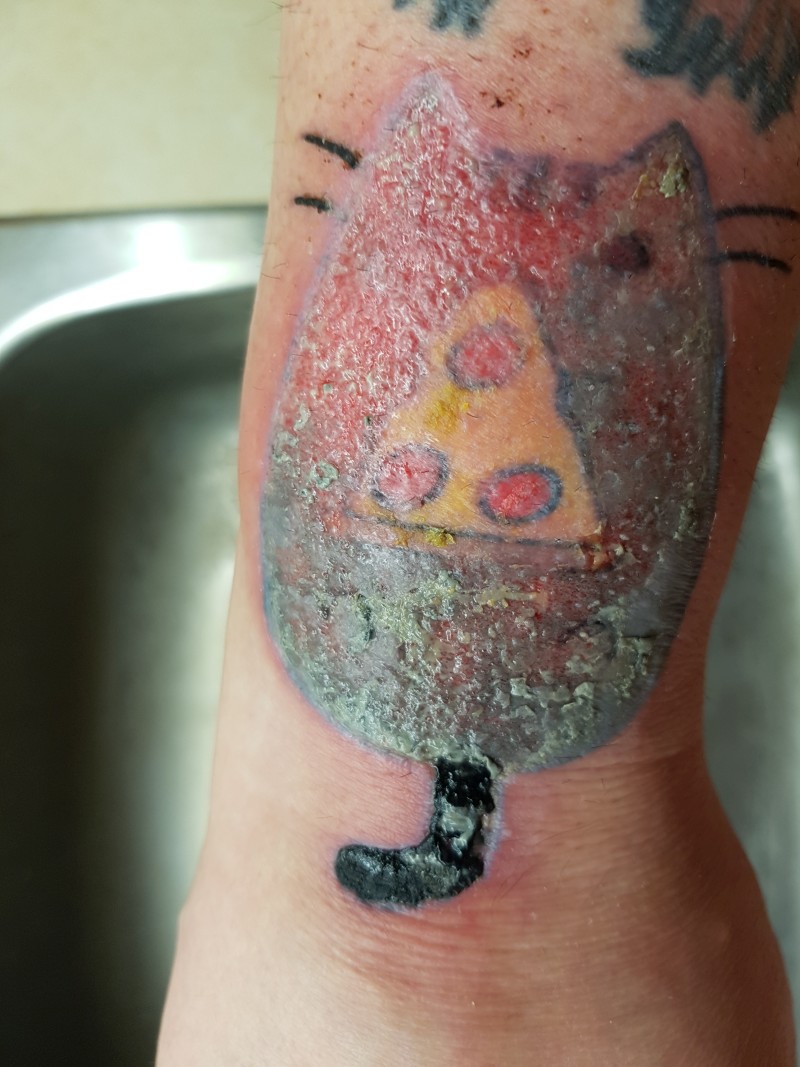 Day 9 most of the scab is off and it's oozing a lot less and not much bleeding. 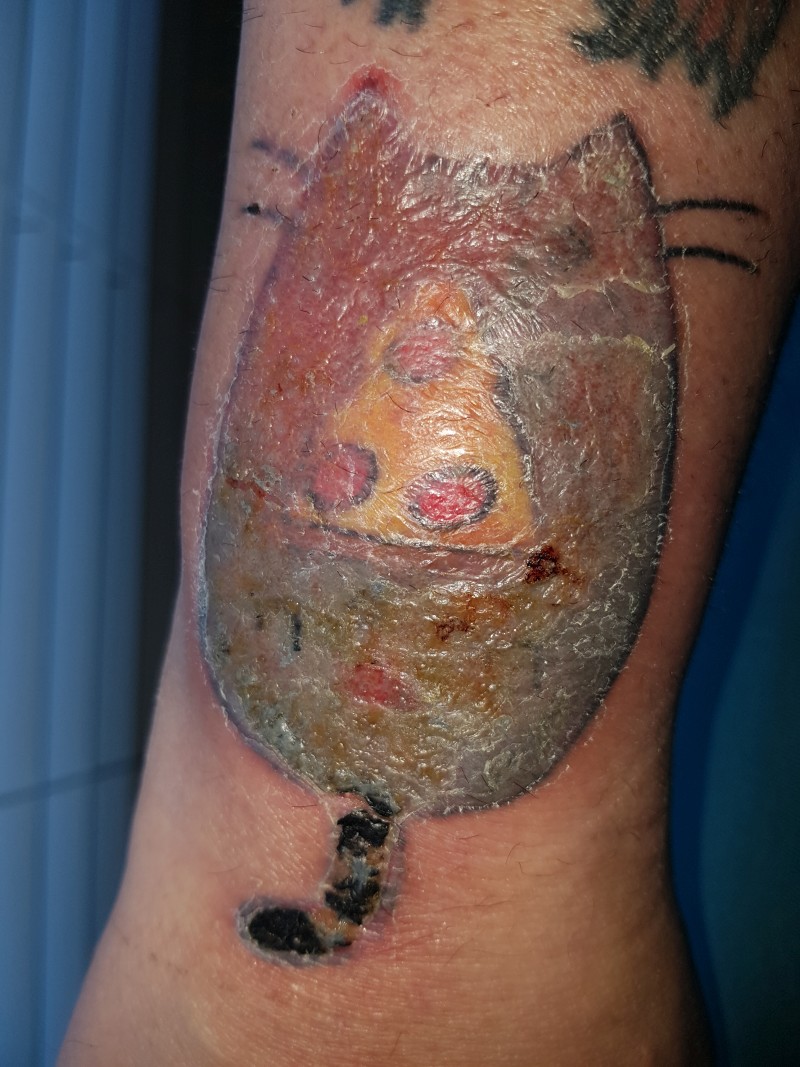 Day 14 some kind of thick clear crust on it. The tail split and broke my skin. 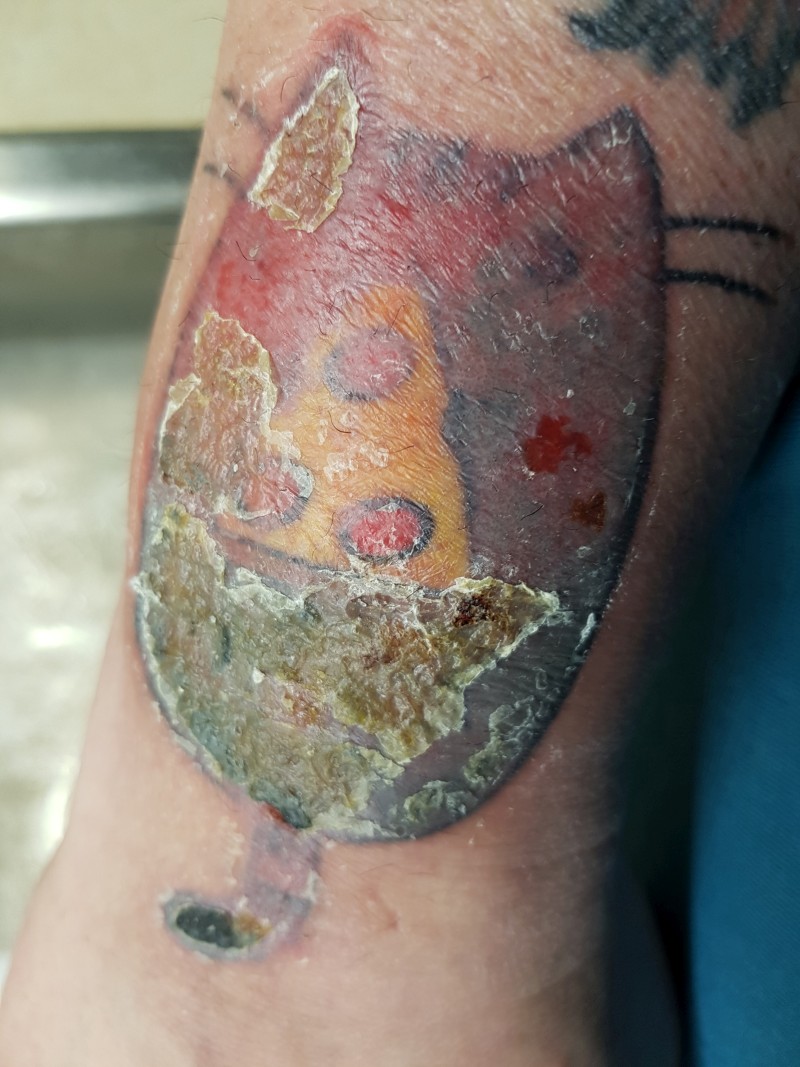 Day 15 most of the whatever that was if off. You can see the loss of ink and damage to the skin by the infection. A short time after this the infection got worse again and I needed IV antibiotics to get rid of it. 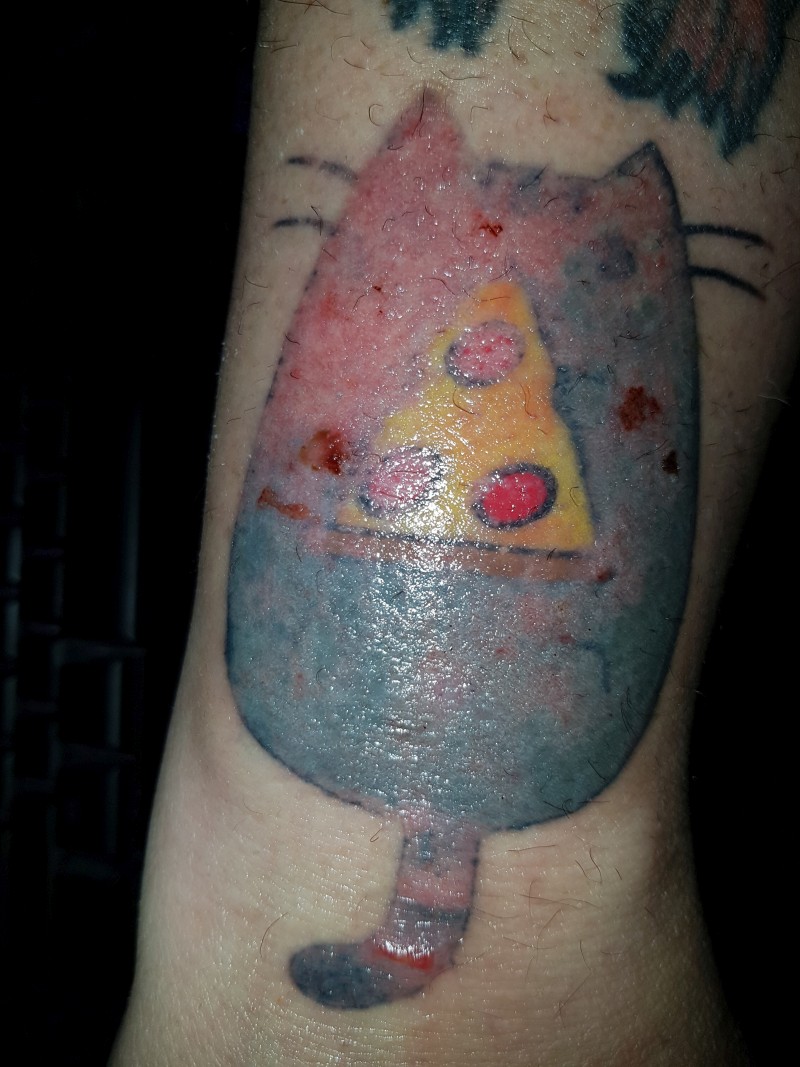 Day 23 Doctor thinks it's hanging on (infection) because of some redness around it still. I'm a bit sure I have a slight allergic reaction to the white ink that was used in the grey part. Blood tests showed evidence that I had a very serious infection. Now I'm supposed to put this cream on it twice a day for 5 days. Not much left of poor Pusheen - the infection pushed a lot of the ink out. No way in hell I want it "fixed" as I don't want to risk a worse infection this time. There is obvious damage to some of the skin but it's not terrible other than by the one ear. So I will have to explain zombie kitty to people from now on.