Most People Who Hate Are What They Hate

March 07, 2017
Most assholes see only assholes around them. Most extremely crazy people think everyone else is crazy. Most hypocrites scream that others are hypocrites.

It seems that angry people tend to see what they are in others and don't like it. A good example of this would be a very kind and talented person being told that her child is the way she is because of the mothers bad choices. Yet this is a person who has made ONLY bad choices all of their life. A person who has a very limited intellect and it shows in their comments.

This is a person who has never held a job but puts others down for being disabled and unable to work. An angry asshole with an extremely distorted view of the world who calls others an asshole and delusional. Yes almost always when people lash out it's at people who are JUST LIKE THEM.

Just as every last person who spews hate, thinks they are a hated person - The reality of them causing people to dislike them is lost on them and yet they will tell others it's their fault they hate them. Lets not forget that there are a LOT of dumb people who tell the world they are intelligent and look down on how dumb we all are. 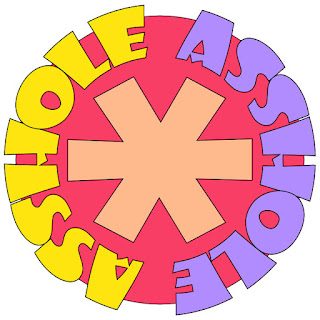 Yet for those who hate, there is no sunrise or sunset - there is only blinding light and total darkness. Even those they may think friends would fuck them over in a heart beat, just as they would to them.

Don't get mad at those who hate. Feel for them, as they will NEVER see the sunrise or set.

P.S. To Love is the ONLY way to Live.