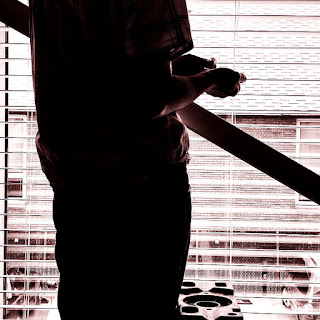 All the hints where there but I ignored them for years in hope of the person I used to know coming back to me.

In the old days, before he changed - before the operation, he was different. He would do things for others and let you have your turn talking. Now that is all gone.

I've know this man for 44 years of my life. I was six when I met him in school and we where in school together all the way to graduation from high school. There where many times he was picked on in those years. When I was around people knew not do it or I'd hand them their ass. I was a big kid and stronger than normal in those days (something else that is gone with the years). Sadly he says he does not remember any of this, not one moment of school in his memory.

We both did plenty of jobs over the years and had great times together. He was always a bit rougher around the edges than I was. In that, I mean a bit of a racist and a bit selfish. But just a bit. That changed after the brain operation. Then he was dark, selfish and self important.

For many years now he has not been the person I used to know. His bad side has become his only side. His life revolves around himself and everything he has to do for anyone else he thinks he deserves to be payed for. This included vacuuming for me before the quarterly inspection in my building. When I asked him (texted him) I was in the worst pain of my entire life. There was no way I could have done it.

I asked "I need a favor as a friend, I have no money to pay you. Can you do the vacuuming for me before my inspection on Thursday". This was on a Tuesday. He simply replied "No".

I was confused, after all when any of my friends needed me to do something for them that I could do - I just did it with no questions. This is what a friend does. But then again I do things for people I don't even know. But we won't get into that now.

I replied "I'm confused, do you mean no I won't or you can't do it in time"? He replied "Friends don't take advantage of friends". Now my brain is on overload and I really don't get it. How is asking to do literally 5 minutes of vacuuming taking advantage of someone who is your friend. After all I was in terrible pain.

A little back story here now. In the past he would ask me to fix his computer when it was messed up or his moms computer. I did this every last time right away and never asked him for anything. In fact he never even paid for coffee after. There where many other things I did for him and with him over the years to help out.

The best example of this was when I helped him go to the bathroom after an operation on his brain. But I'm 100% sure if you asked him this, it never happened. After all he seems to be under the impression that no one has ever done anything of substance for him in his life.

This may sound strange but it's literally the first time I have asked him for help ever without offering to pay him for it. Remember he never offered to pay when I helped him - not once. He also seems to think that other people should fix things for him with no monetary exchange going on.

A Narcissist will often do this - they will think others should do things for them and they never do anything for anyone. They also (like my ex-friend) think they are more important than others and are the only one who can do things right. He even often has a t-shirt on that say "just assume I am right".

Lets talk about a few other things I did for him over the years that seem to be erased from his memory.

I was the one he talked to in crises over his sexuality and the entire idea of being a Christian at the time of his awakening. I was there many nights many times to listen and to comfort. I helped him come to terms with it. But to him - he just sprang out into the world as a fully functioning gay man one day. Now he has a literal hate on for the idea of God and thinks I am stupid of my belief in God.

After his change to this state of I'm always right, he had a boyfriend. Someone he claims is completely to fault for their breakup. In his mind it was a total shock one day when the other guy left him. Well trust me it was not a shock to me. See he wanted to make the other guy conform to his image of the perfect boyfriend.

But I did not say it. I comforted him on many occasions about it and to very recently continued to do so. See he will NEVER let it go. He till NEVER be over the other guy leaving him. On a side note the other guy was just like him personality wise - so there was no way in hell this would work out.

So why the hell am I saying all this? Because after 44 years and seeing someone you care for change so deeply and still trying to keep them as a friend - when you have to walk away it's hard to just do it and not talk about it. It just needs to be said.

There are many things I know that I won't say - that would be vindictive. So I'm leaving it as this:

I lost my friend years ago and did not know it. Well, I did know it - I just would not accept it. I wanted who he was to come back. I did not want what he became to be the last word. But this had to end. I would be a true fool to have kept going the road with him after this event.

BTW in the photo he is hanging up my blind for me. When I asked him to do it his first words to me where "for how much". That should have been a clue but sadly it was not.

So it's so long to the memory of who he used to be and more days filled with being alone. As a person on disability I looked forward to the trips out for coffee. Even if it was always all about him. Maybe the fear of more time alone at home did this - but I think it was more wanting him to be who he was.

Oh well, it's all gone now - that person is dead and someone I don't really know is in his place.