I LOVE THIS STUFF PLAYLIST 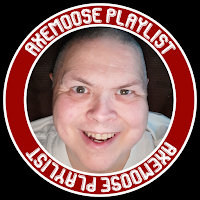 I had the worse case of the shits in my life about 5 years ago. I went to the can and exploded. Well It was dripping off my ass and the seat of the toilet. When I got up you could see the outline of my man bits was the only clean spot. I had to jump in the shower. Never had anything like that happen again - thank GOD. Then there was a time maybe 15 years back. I went to the men's room at a local supermarket. Well it is frequented by old people mostly at that time - however now it's a more young crowd. Well I opened the door to the normal stall not wanting to use the disabled one. I looks in and the toilet and 3 walls have shit all over them. It's like someone took a 5 gallon pail of crap and tossed it on the walls. If this was not intentional, someone had to have died doing this. At a cafe we used to go to there was a guy who would smear poop on the walls in the men's room. For weeks this went on and the manager had a bounty on his head. Well a friend of mine
Read more

I been using Jigsaws Galore for many years and it was money well spent. You can make your own puzzles and as you see, I really have done that. it's about 40% my own stuff and 40% stuff that was free to download for personal use. The other 20% is the extra downloads that where given out by the creator on his web page over the years and the ones that came with the program to start with. I'll be doing them for years to come I'm sure.
Read more