MEDICAL ASSISTED DEATH, MY CHOICES MAY NOT BE YOUR CHOICES 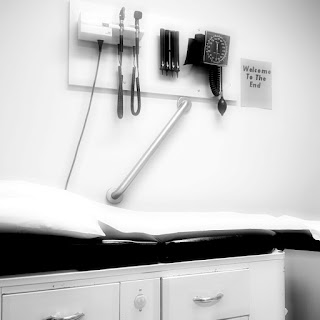 So in Canada we have medical assisted death. This means in certain circumstances you can choose to end your life with the aid of a doctor or nurse.

This has recently been expanded to dementia and alzheimers. I was on Facebook and a friend with a lot of fundamentalist Christian friends posted a link to a story about what it's like to loose someone to dementia.

Well I responded that we can choose to have our life terminated where I live and that would be immediately my choice. I've seen people be lost to this terrible suffering and how lacking in quality of life they are. In my case I'll just skip to the end thank you.

Well one flipped out of course being that "it's Gods will that we suffer terribly before we die" - OK something like that but with about 500 words.

I replied well it would be my choice and I'd choose it. Got a second person reply with a more passive aggressive response about how it's my choice but we all have to "answer to our choices in the end".

LOL Your religious wackadoodle rhetoric is not going to make me suffer for 15 years in terrible pain or be lost in a hellish fog of dementia that causes me to not understand anything happening to me. Just not going to work. I gave up being a slave to that thinking a LONG time ago.

I do honestly believe in God. I call myself a Christian Witch (I know what some are thinking now and that's your choice). I believe that God does not want up to suffer and that in his/her eyes it's OK to take this choice.

I do not for one second think that all the people who where in mind bending pain that chose to end the suffering they can not stand are now in eternal hell being punished for not following "Gods will". To be honest, a God who would punish you for not wanting to lay in bed screaming in pain for years, does not deserve to be worshipped - but you go ahead and pay to that kind of evil if you wish.

Not there is in other countries the ability to proxy the process for people who are not competent or underage. I don't know if I fully agree with this process of chosing for a young child.

I also do not agree with the idea of ending it because of severe mental illness. That being said I fully do NOT understand what it's like to be in that kind of hell and if it is better to die or not - so who the hell am I to make the choice for others.

Now on to the part that made this a blog instead of a vlog - I burst into tears and right now am doing the same thing.

When Mom was dying in the care home, she was close to death and had lost the ability to see, hear or communicate. She was drifting in and out of a coma and I made the choice by proxy (fully legal in Canada) to deny medical aid of any kind.

This means that her medication would not be given to her and if something happened she was to be left to die and not revived. This literally only shortened her life by maybe a week.

At this time she was full on in a coma and was not going to wake up. Her life was in essence over. To make her live that one more week or so would have been an obscene act of selfishness. She was no longer there, her brain was too damaged to process stimulus and she was a shell with a pulse.

I 100% know that if she was given the chance she would not have chosen to end it. She would have suffered to the last moment because of her belief that it is Gods will. I would have in no way tried to convince her otherwise - that would be wrong.

If people want to suffer to the last moment in what I think is something no one should ever have to endure, it's all on them. But for me I'm not doing it. I'm out of here.

If I'm told stage 4 cancer, when it gets bad and the fight to prolong life is pointless or I am in great pain - I'm going to ask them to end it. If I am ever told I have dementia or alzheimers, on the spot I'm asking for that form to chose to end it.

This all being said I think it should always be the choice of the individual alone. At no time should the system say "well time to save some money" and put grandma to sleep because she is not going to get better. Let her have the fate she chose. The proxy I mentioned should only be allowed in cases like my Mother - when the life as we know it has ended and the body is just hanging in there for a short time more.

In the end I know people are deeply divided on this topic. I know someone who thinks there should be no care homes and they all be put down automatically. I also know people who call it a sin to chose to end it and will chose to suffer to the end. Because I think that is absurd, does not take away their right to choose. Most people I know are like me - they believe in the choice to end it if you desire.

In any event, like how we live our lives - I think how we end it should be up to us as well.

Personally I am more than happy pushing past the level of pain I'm in now and even on days I can barely get to the bathroom it's so bad I still want to live. But I have a well defined limit as to what I'm willing to put up with. That does not mean that if I am ever faced with the choice I won't change my mind - I just doubt I will.

Please let me know what you think of this but be respectful of others choices in your comments. Peace and love be with you.