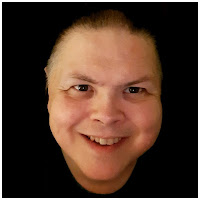 The service was good and the waiter friendly. We got seated right away as it was not a peak time. The place is rather rustic and western looking and so is the dress of the staff. The feel was good. The music was not too loud, but loud enough I could not do a video or it would get a music strike.

The salad was actually massive for the price. I actually wonder what the regular one is like. It also tasted very good and the cheese on it was outstanding - not the stuff you normally get in a restaurant.

The burger was outstanding and some of the best fries I've ever had. For what it is, the burger was not at all hot (spicy) to me, but I'm sure to most people it would have been spicy. I'm just used to extreme spice. Kind of wish there was an option to have to extreme spicy, but there isn't. The taste was very good and it was cooked properly. The bun was fresh and not crusty or chewy. It did get all over my hands however but any great burger I've had made a mess out of me, so it's to be expected.

The Skillet Cookies was the topper. It was 1 large cookies with ice cream on top and a lot of caramel topping on it heated up in a cast iron skillet. It was actually not super sweet and the caramel was delicious. In all it was worth the rather large price. But then again most places make big profits on the sweet stuff after the meal.

The coffee was actually very good, however I found the oversized cups where heavy for me as I have an issue holding onto heavy things and my hands shaking. But it tasted great and went down well. It was a medium roast and not very acidic - most great coffes are actually acidic, but this was good non the less.

Paying for the meal was a bit of a hassle for me. He had to go some place with the gist card then come back with the machine for me to pay with debit (the remainder). The machine was extremely hard to use. I've literally never been unable to figure out how to use a machine to pay before, but this one had a lot of buttons on the final screen and I just did not know what one to press and pressing OK did NOT do the job. He got me past that and I still don't know what to press as I did not see it.

The tables are covered in brown wrapping paper and you can ask for crayons to draw on them if you like. This is a great idea for people like some of my friends as they LOVE to draw. When we where at the one in Regina a friend drew a large dragon on it and the waiter kept it as he found it "amazing".

The wooden chairs however where not that stable and I can very well see someone of size having a big problem in the right circumstances. But there was a lot of room in the dining aria and we got in and out with ease even though there was people behind the other David.

In all it was a great experience and I find it worth the price. However I literally can't afford to eat at a place like that unless I have extra money or in this case the gift card I got from my credit card points. Will take me another year at least to get enough points to get another - but I enjoyed the hell out of this day.

I think the best part was my friends being with me and the great conversation we had. Bonus points for the music not being too loud like a lot of other places I've been.