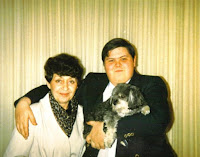 When I was 10 I found my Mom reading my journal. I was pissed 100% off and got rather mad. She literally did not understand what she had done and I could never explain it to her. It was then I realized the idea of privacy meant to NEVER have any way for her to ever know something - so I could not put it on paper.