A DAY IN PHOTOS AND I MISS MY DEAD FRIEND 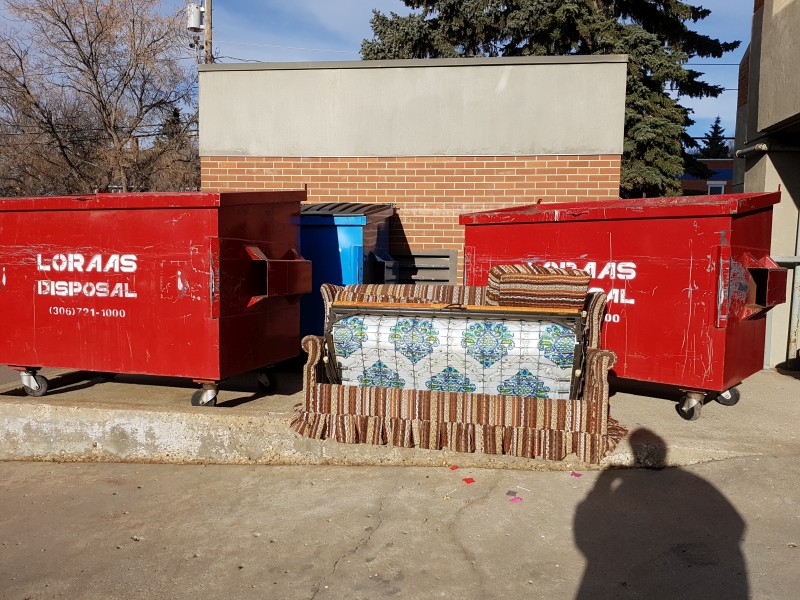 Trash out back. Both bins have been out for 2 days, kind of wonder how full the shaft for the garbage shoots is. 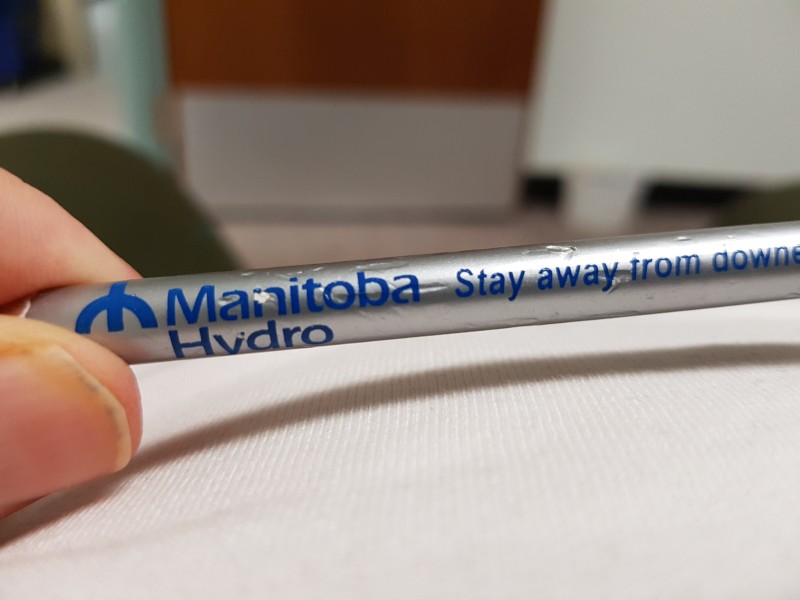 This pencil is a long way from home. Found it in the laundry room. 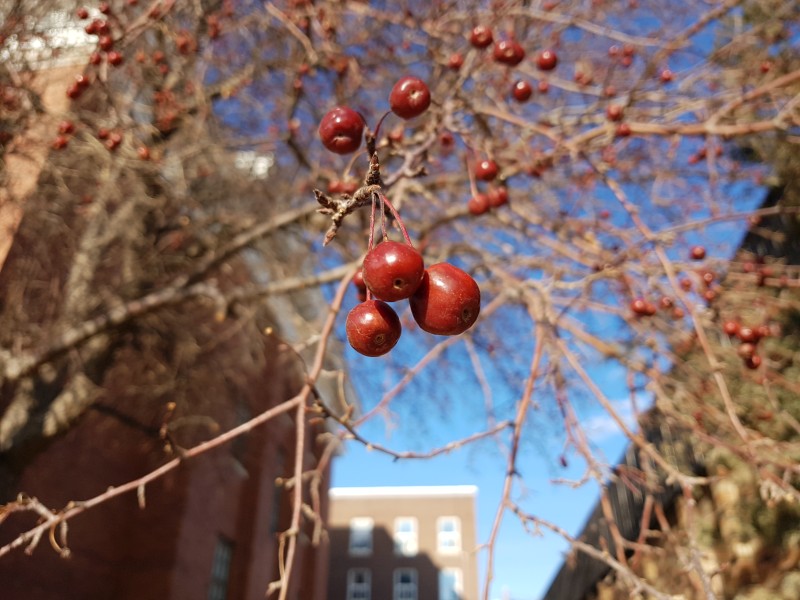 Japanese cherry tree by the court house. There used to be three of them there and now there is only the one. These are not tasty I'm told. Not actually tried them though. The kind of look like a mini apple up close. They are also quite small - 1/4 inch across. 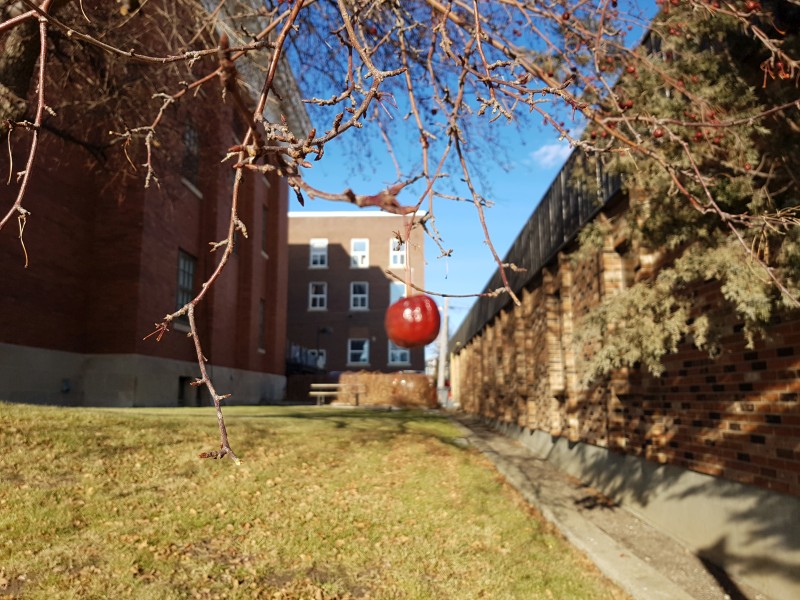 Same tree, different angle. I used to live in the building in the back of the shot. The top two windows by the end where from a friends apartment. He died in there at the age of fifty six. He was a hoarder and the place was a hell of a mess. He liked to jump in the dumpsters and take things home - this included bad food that would make him sick. No matter how many times we told him not to do it, he kept doing it. He ended up getting stabbed by a dirty needle in the dumpster and got hepatitis C. That caused him to have a great deal of health problems and he was on a massive amount of medication. It was a heart attack that finally did him in. His body was in his apartment for five days before the land lady went looking for him. The smell of not like anything I have experienced. I asked several people from his floor "did you not smell him"? They all said no. I have no idea how they did not smell him. As soon as we opened the fire door from the stairwell we where overpowered by the smell of his rooting body. He was not always like this, before he went a bit nuts and started to take garbage home he was a great person to hang out with. I do miss him.