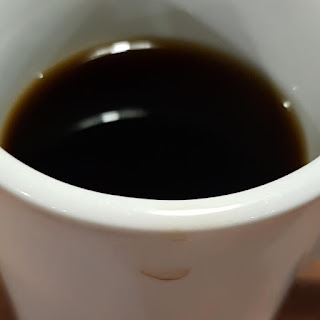 Was coffee day yesterday and I enjoyed the hell out of it. I do have to say, at one time I would have been annoyed at people like us though LOL. I used to get upset when people where a bit loud in a place I was in. I got the hell over it.

We talked about a great deal of things and got slowly more excited doing it and the volume went up. It's always after we get louder that we start to be inappropriate. It's actually amazing no one has ever complained about us. In fact some people join into the talk.

It's good times and I am very glad to have my friends and the ability to go out for coffee. This month I am light on money as last month I had a great deal of extra expenses. That being said, I have enough for coffee, a treat on Fridays and my birthday dinner in a couple weeks. I may even have a couple bucks left over at the end LOL - I do mean a couple.

Next month God willing I will have the normal amount of money. But I will be spending more that month on things I don't normally get. I will however have $20 in airmiles once again, so I can use that for part of what I want to get.

You see, for Christmas I get cabbage rolls, ham, pickles and some whiskey. I'll be getting a 40 of the same old stuff I get most of the time when I go big - it's cheap and not bad. That will do for Christmas and New Years Eve.

But for now there is coffee again tomorrow and another time to have fun on these bitterly cold days. Next week David has an appointment in Regina, so no coffee that Thursday. Also next week, I won't get my veggie sub as I'll be going out for dinner a couple days after that (Birthday).

I intend to have a ribs and salad at the restaurant and maybe a couple of beer (might not have to pay for the beer as a friend offered to buy that). I'm budgeting $40 for the meal and if all goes well, it will be less than that.

Also I have a 26 of medium quality whiskey for the night after my dinner out. That will be about half drained while watching movies on Netflix or oldies on the oldies channel. In all it's going to be a good weekend next week.

Well that's all for now - have a good day all and keep smiling.