SO THERE GOES MY PAYMENT CARD 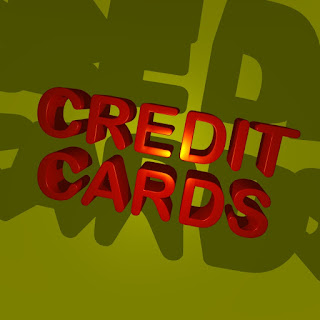 Years ago I was offered a credit cards and I did not want it. I had this idea that I'd never need one. Skip to now and me thinking "SHIT I NEED ONE".

So I had thins thing from my bank called a Global Payment Card. It's what they call a debit card. With it the money you spent on the card online or where ever, came out of your bank account. It was easy and simple.

Now for some reason no one seems to understand the bank is getting rid of these. Turns out not every bank, just the chain of them I'm with. Sigh. Other banks still have the equivalent of these things.

But after shopping around I realized how SCREWED people are at other banks. Seems unless you have $4000 in the account, you are charged a great deal to have a checking account. I won't even talk about the "savings accounts" that charge you for not having enough money in them.

So these other banks are not really an option. So I applied for a credit card (a normal one) and I'm about 95% likely to not get one. Seems now it's harder to get one than back in the day when they just handed them out.

So now I'm screwed. As for Amazon and eBay - Amazon I can load up a balance with gift cards and eBay like normal businesses will take PayPal. Amazon will ONLY take credit cards.

Some will think "PayPal credit card" at this point. Well looked it up. For one thing you need a business account for that, and you also need to live in the USA to have that. So being a Canadian I'm once again out of luck.

As well, the prepaid ones have large fees on them it seems in most places. I have to talk to my one friend at coffee next time as he uses one and he is a poor ass guy like me. So perhaps there is light at the end of the tunnel. I just hope I don't need to have money in that stupid bank to have the card.

See I still need one to order my groceries for the month. With no card I have to go in. If I go in, I'll be in a lot of pain by the time I get out. If I go in I'll have to only get a weeks worth at a time as I can't deal with a months worth on my own. So...

There is the Co-op but they tend to be 80% more money than the store I'm dealing with on average. So ya know. My $100 a month now becomes $190 or $200 a month. But I don't have to stand in line for 45 minutes and suffer the risk of literally passing out doing it - as the lines there move a lot quicker. As well the deliver so I would have to only go once.

But if you factor in everything, after shopping at Co-op I have only about $50 of money for other things. This factors in going for coffee and a treat on Fridays. Being that right now having $150 has not saved me from massive expenses I was not expecting - month after month, I am not thinking this is a great idea. But it might be the only way I can do it.

For Amazon I'm going to put like $100 on the account there every 3 months for the little things I need and if I need a bigger thing I'll have to let it stack up in the account until I have enough. So that works well enough.

Any how - like always I'm screwed over. Seems the poor and the disabled get the short end of the stick all the time these days. If the government is not giving us LESS money, the banks are taking away something we need to not suffer.

That being said - I need to stop having as much "fun" with my money and this will help me. This month is a right off though, as I'll be about $50 on the overdraft after getting something I forgot I need and now I've spent a lot of money on CRAP. So ya know. Perhaps next month I'll get out of the hole for a long time to come. Or not.