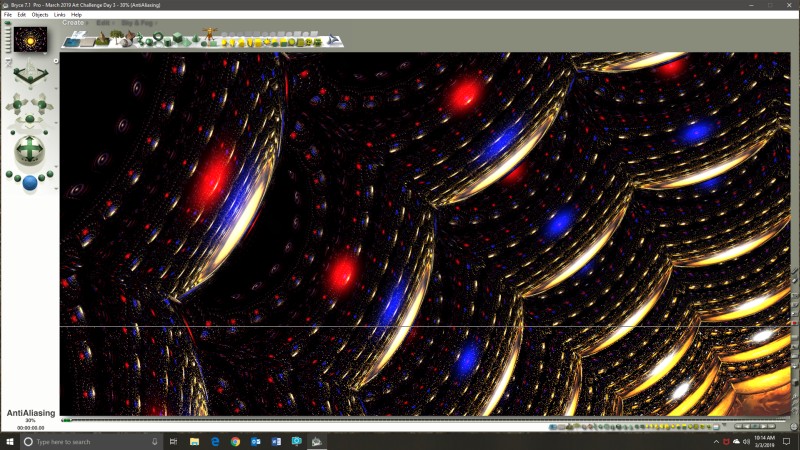 So this is Bryce 7.1 Pro in action rendering today's art challenge render #1 of 2. I'm kind of amazed it still runs on windows as it was last updated in 2010. So it's kind of an old app. But I do have older things that still manage to run on windows 10.

It's very low powered and not that great a tool in the realm of 3D rendering. There are many more powerful - but they are also way more money or needed to be subscribed to. So this toy I got free in a giveaway serves me well. I've made literally over 1000 images with it over the years and maybe over 5000. I just don't know as I have not sorted the art in categories - they are just in a big folder together.

So I'll keep using it until windows no longer will run the darn thing. After that I have no idea what I'll use. I have poser but it does not do what Bryce does - in fact most people don't render in poser - they export to another program to put the object in a scene. But for now Ima play with it.