Understanding A Life Time Of Self Abuse (Over Eating) 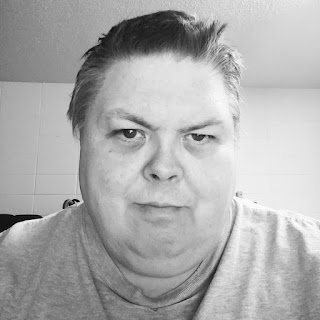 When I was a kid I knew in advance if I was going to like something new. The smell gave it away every time. I would say "no it's not good". Mom would always say "you will like it" or "you don't know until you try". 100% of the time I hated it if I did not like the smell. Then I would be forced to eat it or sit there until I did. Well 80% of the time I did not eat it and sat there for hours before being sent to bed.

There was also portion control. Mom would put what she thought I should eat on the plate and I would be told that I had to eat it all even if I was full. I at the time knew just when I was full, but now I don't really know when I am full and it is because of a life time of eating past the point of my body telling me it's had enough and to the point that I feel packed. Honestly the size of portions that most people eat in our society is much more than we need. This is why most people do not know when they are actually full and keep eating. After years of this kind of thing your body ignores the trigger that the brain is given to say stop in favour of the sensation of being filled up.

Then there was rewards. I was not given things or told I did good most of the time. My parents where both raised by people who did not know how to show love and thus did not know how to say "I love you" without the feeling of being uncomfortable. Thus I was rewarded with food. I was given candy or baked goods to reward me for doing good in school or doing my chores around the house with no hassle.

For a long time I did not know how to handle feelings. As in being rewarded I was also comforted with food. If I was depressed I was fed. If I was upset at something that happened at school I was fed. If I was punished I was then fed to show that I was still loved. This created the need to medicate all feelings with food. Being that all happy events in my life until I was at least 18 involved being fed to the point of being uncomfortable, even if I was overly happy I would eat.

The patterns I learned as a child stuck with me for most of my adult life even when I did learn to deal with emotions in a proper manner. I learned to express myself and to deal with dark feelings on my own terms. But the pattern was still there. It was literally only recently, as in the last six months, that I started to at least try and manage my eating. The damage is done, my heart is damaged, my body is damaged and I will never live to be an old man because of it all.

Who is to blame? It would be so very easy to just shift the blame on my parents and say "well they did this to me". But the reality was I was educated early in adult life as to what continuing on this path of self destruction would lead too. I made more than a few excuses and like the overwhelming majority of overweight people I kept telling the world "I tried it all and it just does not work". The pure denial that I was not trying at all and just making a token effort never sank into my mind. I honestly though that I was trying. So the vast majority of the blame is square on my shoulders and not on anyone else.

Yes there are conditions that I have that cause most of the pain I am in and they could not have been prevented. The reality though is a bit more complicated. The pain is made worse by the lack of ability to move around properly and the extreme weight I am at causes me to be in pain every time I walk. Being that the best thing for me would be to exercise and I am now to the point where it causes me untold pain to just take out the trash has prevented me from trying. That is until recently. Now I do force myself to move around a bit in order to try and stay off the progression of my body becoming useless to me.

The failing has come recently due to the fact that I have been forced by government cutbacks to move from my apartment to subsidised housing. The stress of this I can not express in words. Unless you know the pain and suffering in your mind of anxiety to the point of terror you can not be told how it is. This will literally not stop until I am moved and settled in. I have taken months of hard work and tossed them aside by eating my face off in the hope that it will make me feel better. The sad reality is, when I am eating I am happy and I am not in a state of panic. But then I stop and it all rushes back in and on top of it is the sad knowledge that I just eat enough food for 3 people and I have once again harmed myself. It is an uncontrollable compulsion when I am in this state of utter panic and sadness.

I am not trying to blame this round of my failing myself on the Sask Party and it's heartless cutbacks. There is enough blame for damage done to people in that instance to go around. The real blame is fifty years of being trained by others and myself to deal with emotions by eating and eating and eating. Trust me when someone like me does this, it's never a big salad we dive into, it's always junk food.

I honestly do not know if I can go against fifty years of mistreating my body and make it to the point where I am no longer in danger of dropping dead from my eating habits. I am trying and to say this is the hardest thing I have ever done is to understate the experience greatly.

Although I do want to live to be an old man and I do want many more years, I accept that I might not have that many left and I accept it's all on me for doing this to myself. Like my drunk brother, no one could tell me until it was too late. I am ready to die, I have accepted mortality and believe in a life after this one. I also want more life. I don't want to leave my friends behind and I do not wish for death. I merely accept it's a possibility. So come what may, I am ready for it and I will keep trying.