May 28, 2020
Myka Stauffer is a name you may have heard this last while. See she and her hubby adopted a disabled child from China. They even went out of their way to crowd fund the adoption. There was all kinds of talk that they where wanting a disadvantaged child to give it a loving home. Turns out they just wanted to be popular on YouTube and suck some money out of Google while they where doing it.
The move drove up subscribers by a factor of 7. This turned into a great deal of views on their videos. As well, this is a person who is a nurse - so she should know what it's like to deal with the disabled. Recently the exploitative videos of the child and well, all their videos where removed. Google also took away a large amount of views from their account stats in response to allegations.
Turns out after a while of actually having to deal with a disabled child, they decided it was too much and tossed him away like trash. Yup they "returned" the child. There where many people asking about the child in the comments of videos and seems all of them ended up blocked as these comments would vanish quickly. Nothing says "we did something shady" like removing comments asking about the child.
Now as a person who was raided by loving parents after being adopted at the age of 11 months, I can say that it was a blessing to have my parents in my life. I will never forget what they have done for me and the values they instilled in me. The made me the person I am today and they gave me a respect for all people no matter who they are. This respect however is VOID when you do things like hurt a child or in this case toss it away because it's not convenient to have it anymore.
I know people who where devastated by a parent walking away from their life. I know the damage it did to them and how they will have lasting scares emotionally for the rest of their days. Now can you imagine finding out the people who vowed to love and raise you only had you to make money and to become popular online? Can you imaging what it feels like to be discarded because they where done using you?
This is one of the most vile things I've seen an "influencer" do. There is a long line of people who have had children removed for abusing them to get views, so I can only hope that in the future we don't find out they did just that. Well, emotionally they sure as HELL abused this child - so ya know.
The desire to raise a child is a commitment that is life long. It does not end at any time. You are not a valid human in my mind if that commitment does end for any reason. A human being does not just trow away a child because they got tired of it.
Unfortunately, a great deal of people want things like this to be true and they shell out money to fund the lying shit bags that ask for the cash. I've seen the clips and I have to say it's 100% apparent to me she is playing people. She had all the sincerity of a TV preacher saying "if you don't give me $1,000,000" today God will take me home. Unfortunately people seem to have lost the ability to spot a fake ass person these days as not many of them know what real emotions are. I'm not being mean, I'm being real - emotions are a lost art and we as a society have learned to fake them instead of having them.
I literally can not imagine doing this. I could not do that to a dog or a cat. It would kill me inside to abandon them, even if they where in need of special care. But to go out of your way to look for a child who needs special care then toss them aside when you don't feel like doing it anymore, is the worst kind of bullshit there is. Well almost the worst, I literally won't talk about what is worse right now. I can only hope that abuse did not happen, but people so devoid of love are capable of monstrous things.
I honestly wish that they could spend years in prison for this. I honestly wish they would be punished for it harshly. I'm not talking about loosing viewers or the money flow - I'm talking about actual hard times punishment like prison.
To sum this up, I'm a forgiving person in general - but right now I wish these people would be punished with crippling disability then be ignored when they need help. 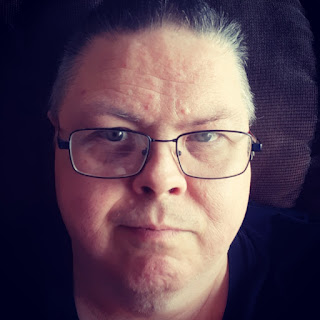