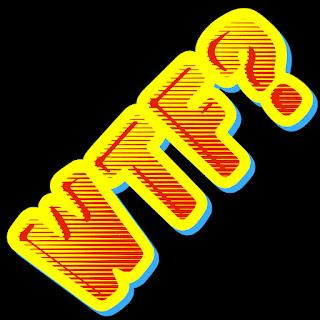 A lot of people have this big hope of having a viral video. I just don't understand it. The reality is, most of them are not able to handle the level of negative attention that sort of thing brings. I've seen several people now get 10,000 views in a few days and end up quitting after a flood of comments not all being nice ones.

Today I saw a news story of a guy who got his pregnant girlfriend to fire a .50 Caliber handgun at him. See he thought the BOOK he was holding was going to stop the bullet. It did not and he was killed. All in the search for attention.

I have seen no end to the amount of people who will pimp out the kids for a popular YouTube channel. There is one I've stumbled across with either 5 or 7 very young girls in it. The video that came up in my recommends was them in baiting suits (2 piece) by a pool acting up. You can imagine some of the comments on this very viewed video.

Another video by an actual TV station had a seems to be 4 year old in very tight leggings with her legs held up crotch on to the camera as the thumbnail. Well there was little to the imagination in this shot to say the least and I literally dropped my phone when I saw this.

Today I just saw a video with a maybe 10 year old boy in tight underpants playing a game with a VR headset. Now first off by his delayed reaction I'm sure this is fake, but... Well the father comes up and seems to slap him in the balls with the palm of his hand.

Again I was sitting there with my mouth open wondering what kind of parent even publishes a video like this on YouTube? You know the wrong kind of people are going to click on it - yes I realize I clicked on it... the thing is I did not think it would actually show what I saw.

There was a well publicized indecent where a boy was abused very often on camera for the financial gain of the parents. The boy was literally beaten by his brothers and in one case the father tossed him into a book case and caused him to bleed. This alone should have gotten the boy taken away by CPS.

This all being said, I watch a couple of family vloggers who do it right. They don't exploit the children and if the kid does not want to be on camera that day, they are not shown. They tend to show more good than bad - as all channels do, but it's all real life.

They are careful to have the kids dressed when they show them for example. Yes some days there is a slip - but this is to be expected when you are showing real life. It is however never in a bad connotation or an exploitative manner. After all, a 2 year old just does not like pants I'm sorry to say.

In any event, I'll keep watching the responsible family vloggers and not the ones looking for fame at the expense of their kids.