THE NEWS IS SLANTED 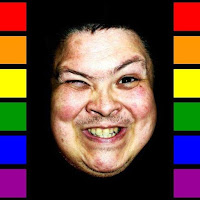 So there was a very popular on social media story this last while. Now I and others looked for some of the facts in it. Turns out every side represented had some kind of agenda to be splashed on the media and it worked.

Also it seems the media does not actually care to tell the truth most of the time or check what is being said by whom. Many things where misrepresented and outright lies told in some instances.

I know - what a shock, the media is slanted. But this is just a prime example. Seems most of what was said by all involved was half true at best as well and the media does not care to look into that.

The one part in a video there is a look on the face of one of the participants that I recognize all too well. It is in fact the look that is on every self entitles brat I've ever encountered when they are faced with confrontation. That I'm superior look. Then to hear it told that he was trying to defuse the situation with that same look made me spit out my coffee.

I honestly do remember a time when I could see news reported and not have it filtered to a point of distortion. There was actually a time when the news just said what they knew and made sure of it before they did.

Now you see reports that are out of this world wrong at first then after the facts start coming in it changes 180 deg. Sigh. We will never again, I fear, see real reporting.