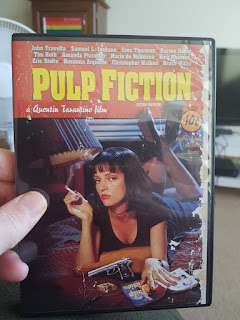 This is a pop-culture filled thrill ride. It's a couple of related stories tangled together and a lot of action and some great laughs. Also the music is great. I honestly love the concept of the dinner they go to BTW. There is an interjection of philosophy in this movie though that you don't really expect, but it works. Honest to God I can't pick one character that I like more than the rest as for the main actors. They are all good. If I had to pick it's the mob bosses wife. She is played so dang well as a restrained bad girl - not to mention the confidence she exudes is alluring. The dialog in this movie is actually quite good as well. It's not common speak as it where. I would very much recommend this movie to most people I know. 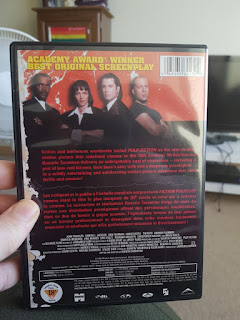