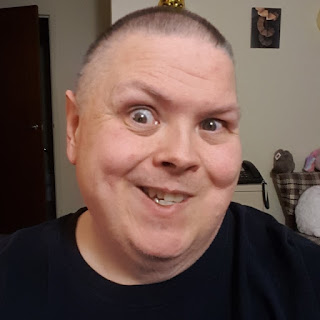 So sat here from 10 am to 8 pm playing an old RPG called Dink Smallwood. I played this years ago and loved it. I found the "HD" version and installed it and played all day. I did all the main quests normally (eventually), then I used the saved game editor to make myself a God and did all the side quests as well (quickly I might add).

There are thousands of D-Mods to play on this web page HERE. So you can be busy at it for years LOL. Some place in the pile of files on that site, you will find the map editor and the saved game editor as well as a map of the original game (no D-Mod maps - sorry). There is also a tutorial on how to make your own D-Mods to play and share.

Man now I only wish that there was a Windows 10 HD version of Castle of the Winds. I know you can actually play COTW 1 and 2 online, but it's not the same some how. I want to see an updated graphics version for W10. But this will never happen even though there was a lot of talk of it happening for years.

Now if you want to run a virtual machine and run Windows XP on it, you will be able to run it I'm told, but I have my doubts if it's going to run and a 64 bit system. Yet people say they have run COTW on a 64 bit system... I've never seen it done.

I really was never big into games in the day. These 2 games are about the only ones I got into big time. And not that I played literally all day, I doubt I'll bother with any of the D-Mods. I had my fun now back to movies on Netflix.

BTW in Dink Smallwood there is a side quest not mentioned very often. When you get to the edge of the world and find the cave to go into, just before it you can walk through the trees to the west and get to a staircase. This leads to the land of Fire and Ice.

Just before the land of Fire and Ice entry is a way to go east into the land of the dead ducks. Nothing to do there, but it's a head trip.

On the beach south of a well (by the duck shrine) you will find 2 shell fish and a couple lines of rocks. Go south and you will walk on water to Mystery Island. In there is a LOT of money and experience to be had. Also there is a bow maker that will sell you the "fire bow" for 25,000 GP. It's a handy weapon at the end fight.

Thing is you need to talk to the king the first time before it will be ready to sell you. Speaking of items the throwing axe is is OK for most creatures but the stone monsters it's useless on. It's also about useless on Goblins - you will need a bow and the knowledge of how to use it (2 different places for that).

First thing you might want is just after the wizard to the south then to the east is a lone house with a man selling a pair of boots that will give you double speed and double attacks (with hands only). It's a fast way to travel the map.

I think you should be able to figure out the other things. BTW there used to be in an early version a way to get to the "Meat Shack". It's not accessible in this version. But if you edit the map, you can get there north of the edge of the world. It's just a shack with 2 knights and a bit of meat - your player says "I'm here for my meat". Sigh - that's all it is.

In the edge of the world is also the ability to learn a spell you will want for the end fight.

As well one more side quest I just remembered. After you kill all the ducks there is a place in the house to go downstairs and it leads to Dragon Island.

That's it - have a good one and keep smiling.

P.S. I posted a while back how to hex edit COTW saved games to give you God like stats.

Play COTW 1 & 2 online HERE (small window and exposed to a video advertisement). Have to have AdBloker off. Hit start, then double click the icon in the Windows 3.11 window that comes up.