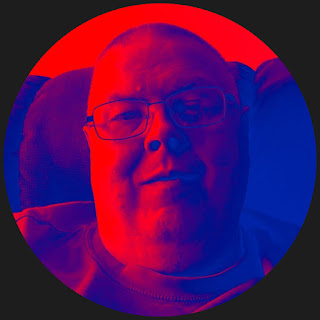 Got to love the internet. The people who can't interact on a normal functional level in society tend to hang out online instead.

There people tend to want you to like what they like, and who they like only. If you opinion is different, or your likes are different, they can't handle the situation and try to force you into changing your mind.

Well this does not work for the vast majority of people I know. We tend to not give a darn what other people think about us or the people we hang out with. So we just block and move on when these mentally child like people go on the offensive.

The thing is, every single person I hang out with in real life or on the internet has someone in their circle of friends I dislike. Some of them to an extreme (not hate, dislike). I don't go off on them and tell them who to like. If someone takes offense to who I like, they can just more on in my way of thinking, or get past it and accept we have differences.

This works on every level on the internet it seems. If you say you like a product or movie, someone will lose their mind on you and tell you just why you suck for thinking the way you do.

The greatest example of this is the religious people I know. Personally I'm a pagan and I won't go into just how that works, but I have many christian friends. I also know many people of alternative faith.

To an online keyboard warrior who opposes the idea of God this is not an acceptable situation and you must at this exact moment stop believing in God and become like them. Well that is not how it works in reality. In fact no one even in all of time has changed their mind on God because someone told them differently. NEVER.

The other big one is politics. I know people on every side of that one as well. I don't agree even close to some of the people I hang out with on politics. What I think though, is irrelevant and they have the fundamental right to support who they hell they want even if I think they are mentally ill for doing it.

Hell a couple of people I am as close as family with have very opposing views on politics to me. They literally spend time bashing the guy I think is the best for the job. As in they share posts going on how much he sucks. Well I don't get pissed off and fire a canon at them, I keep scrolling.

I have many times lost online friends for not walking away from someone they had a fight with. It seems there are kind of a lot of people that can't accept reality these days. My ability to stay who I am does not depend on the thoughts, likes and opinions of people I hang out with. So why would me liking them, make me someone you no longer like? I'll tell you why - they have a child like mentality when it comes to dispute.

The most recent of this is my taking interest in the stories of a Cop in the USA on YouTube. Well this has caused a couple of people so far to come over to my channel and drop a few childish comments. Well blocked you are - you have no say in who I like or watch and why.

It's always amazing to me in the first place when people take a group and decide to dislike them on the bases of a small amount of them. The number of actual bad cops out there is not that high. But the tenancy of the short sighted is to see something on social media and think it is the reality for all people in a group.

The biggest one of these mistakes in judgment it seems is followers of Islam. Well lets put it this way, if it was not for one of these people I may well have been dead my now. Yes there is a large amount of bad people doing things in the name of Islam. Lets also look at how many people in the world follow the faith and see how pointless that really is.

We also tend to cluster people from a country into the same boat as the government there. An oppressive government does not meal literally every person in that country is a bad person. The fact is that 99% of them are just trying to live a life. They are in fact just like us.

But today people only seem to want to see the differences in each other and not the ties that bind us all together. This is why I have the opinion that humanity will never be more that a bunch of groups of people trying to get their way instead of working together. We seem to have the need to cluster in groups who don't like other groups.

To be a person with an evolved sense of reality, right and wrong, is to be outside these groups. I see myself as a person and part of a society and a global community of people. I don't see myself as a part of a small group who needs to fight for our ways to be the only way.

This is why we will always be at war and the majority of people will never know what it is to be truly happy with themselves. They need to be a part of something to exist as a person. They can't just live and let live.

Well time to end this flow of thought and say "have a good day all and keep smiling". Hugs and love - Dave.