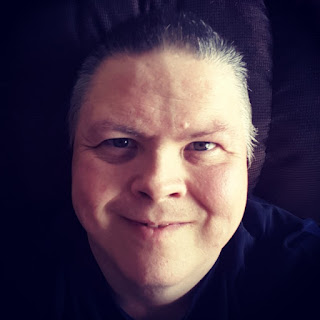 So I talked to the lady from the hospital about my case. She said the thing sticking out of the would is normal and what they do sometimes - so that's all cool. Now there is just the matter of a review of what happened to me in day surgery after the procedure.

If you don't know, I was in the Dr. F.H. Wigmore hospital here in Moose Jaw on the morning of June 11, 2019 to get a laparoscopic hernia repair. This is the biggest procedure I've ever had done.

In any event, I am quite resistant to pain medication and had NOT told the doctor this ahead of time - so part of it is on me.

So after I was taken to a room to get dressed I was unaware of just how much pain I was going to be in when I moved. At this time the nurse or aid (don't know witch) told me to get dressed and open the door when I was done. She then left the room.

Well the moment I tried to get up I started to cry out in pain. It was in fact the the worst pain of my entire life. It was level 10 the entire time I was dressing. I continued to cry out in pain and was to say the least not thinking right or I would have pushed the call bell and asked for help. But being the pain had overloaded my brain at this point, I was not able to think of it.

So after I was dressed I sat there shaking and pale. I am kind of sure I was in shock. Then in a bit someone came in with a wheel chair and I asked for pain meds. What was given at this point was pills and as we all know they can take 30 to 60 minutes to start to work, so they where literally of no use to me at this point - as well I turned out to be very resistant to this kind of pain medication and they did almost nothing for me.

My friends Mom picked me up and was kind of concerned with how I looked. She is an RN (retired) and was able to realize I was in bad shape at this point in time. She got me in the van and drove us to Safeway and took in my prescription for the pain meds. I called them to say she was doing this and gave her name as it's a controlled substance.

The meds where NOT covered by the drug plan and being that I am on disability and live on $1088 a month, it was a big hit to me to have $70 to pay out for medication.

Now to be honest, there is more than likely no way the surgeon had any idea that I was on the SAID program and that the meds where not covered. He also had no idea I am quite resistant to pain meds at this point. I thought I'd told someone in the past, but it was not in my records obviously.

But I have to wonder deeply why no one noticed me in the room crying out in pain over and over again for what to me seemed to be a long time. As well they should have asked if I needed help, not just assumed that I could handle it.

To be 100% fair,  I think if they knew I was like this with pain meds, they would have given me more and I might have been OK to dress myself, or at least would have had the ability to think about pushing the call bell for help. In my state of mind there was no way I was going to think about the button even existing.

All I want out of this is for there to be better procedure in place where people are asked if they are OK to dress themselves and for someone to be there long enough for the person to attempt to stand up so they can see if they need help. It should be obvious as soon as they try to get up if they are OK or not. To just rush out the door right away is not good practice.

I also want someone to formally say they are sorry to me for this. It should have been obvious when I was wheeled out of the room that I was not in good shape. Anyone who is shaking is probably not doing well at that time. Someone should have noticed this and delayed me leaving to make sure I was OK.

The risk here is that I might have passed out and fallen in the room and been on the floor for some time before anyone noticed. That could have caused my woulds to be damaged and I could have been in trouble to say the least at that point. Thank God I did not hit the floor, but I can tell you I came close a few times.

Now I have to say that I'm able to function with a level of pain that most people would be in bed not moving and moaning about. I am talking level 6 pain and still able to go and do things - I'll be slow at it and my face will show I'm not having a good time, but I can still function.

When I am not able to talk properly and I'm shaking someone should think "maybe this guy needs some extra attention".

In any event, I lived and I'm doing much better now other than there are muscle cramps when I move a lot. This does happen I've been informed and it can last several months after something I had done. But it's manageable to say the least. I am however left with a quantity of industrial pain meds that do almost nothing for me that I find would be a waste to dispose of, but there is no way I should be doing something like giving them away - that is never good practice. Maybe soon I'll take them to Safeway for safe disposal.