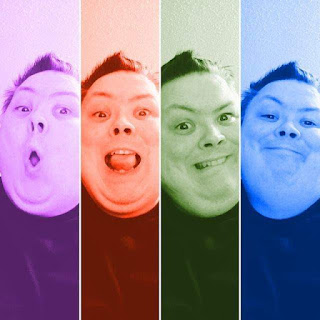 So what can I say. This is going to be a bit adult in nature, so be warned.

So I get in an upswing mood wise and I become hyper-sexual. It's actually kind of a bother. My brain is always thinking about sex to some extent during this time frame. This can last a couple of months. It gets in the way of things at times. When you are trying to talk to someone for example and all you can think about is what they would look like on your bed.

When I was in my 20's and early 30's - I gave into it a LOT, and well I was with a lot of people in that way.  To be honest I literally have no clue how many people. I just know it was every other day for some time. Some days it was more than 1.

Now I got this thing with my testicles and they are hurting like hell. The go from a dull pain of about 5 to a sharp throbbing pain of about 9. I just want it to stop to say the least. My brain can't seem to get used to this pain like the pain in my body, so I am in hell from it.

I have cyst on my left testicle but I have no idea why the right one is acting up now. When they do act up just sitting up is a bother - it hurts. Touching them is to say the least something I don't want to do when they are acting up.

I can't help but think there is something more than a slight easy fix involved in this testicle business. I keep thinking "what if they need to be cut off". After all orgasms are fun. But on the other hand, not having any sex drive to speak of might be a pleasant thing for a change. I think I can live without the big O to not have this pain anymore to say the least. It as I say, also solves the hyper-sexual issue.

But I'm getting ahead of myself to say the least. I don't even see the nut doctor until tomorrow. I don't know what he will say and if there will be extra tests to go and get done or what. I'm just hoping to GOD he makes this cursed pain go away. Yes - it's bad enough I'd give up orgasms for it.

But I'm sure it's not going to come to that. Cough - phrasing...

P.S. I mentioned on twitter and a couple other places that if it comes to the point I need the nuts removed, I'd like to have it live streamed. My friends all being sick fuckers (the ones who replied), said they would watch that. Bahahaha - I love my friends.