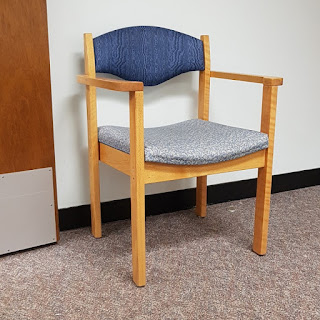 Well went to the urologist and he said it's (insert big word here that I can't remember), and that means testicles hurt and we don't know why.

After a very long time of male dominated medicine you would thing finding out what causes this would be a priority - after all the vast majority of men rather like having testicles and don't like when they hurt.

So I'm left with the knowledge that they will keep hurting on and off for no reason and perhaps it will go away in time. His best advice is to not worry about it.

Well now that I have been assured that it is nothing serious I won't be worrying much about it, but it still hurts.

Interesting thing - some men if they don't ejaculate often enough will have severe testicle pain when aroused. This more often happens with boys in their early teens however, not in adults. Also for me this is not an issue I can assure you.

All the other causes would have been picked up by the ultrasound. So I'm left with "I don't know - they just hurt".

All I know is when I sit down on a hard chair it's worse, when I lay on my side it's worse, and some times it just hurts like hell for no reason.

This is not low level pain as well, so I was hoping this was a fixable situation. NOPE. I have to live with it. When a spike of pain hits, it's like hitting a wall. It can be a 9. The one day I almost hit the floor several times over it.

But I do remember in my 20's this happening before and was told it was they cyst as it was just the one testicle at that time. I was told today it's not the cyst as it's too small to be the issue.

There is however the other possibility that comes up in my aria sometimes - the doctor does not want to fix it or just does not know enough to see the problem. I will just keep thinking it's that long word he said and hope for the best.

In the meantime I will just live with it. It did however seem to peek a couple weeks ago and now the flair-ups are getting less painful and farther apart. So maybe he does know his ass from a doorknob.

My friend has an issue where his blood vessels and several other things are being coated with calcium. This causes his spikes of excrusiating testicular pain and there is nothing they can do about it for him as well. Thankfully for him it's uncommon that he feels it.

Mine is annoying, but at least it's not like his. There is also the fact that his might cause serious problems like loss of blood flow to body parts and so on. That is NOT good.

So I'm going to count my blessings and just be thankful no one used the word "cancer" or the term "cut them off". Although I literally did joke about that in a previous blog post yesterday.