I HAD A HERIA REPAIRED (TRIGGER WARNING)

June 25, 2019
I had a laparoscopic hernia repair on June 11, 2019. When I have my follow up I have to mention that when I stand up there is a bump where the repair was done. This is 2 weeks after the surgery that I'm noticing it. I am hoping to God it's not a failure in the repair but some thing that should be there. There is nothing on the other side like that though, so I have to wonder. 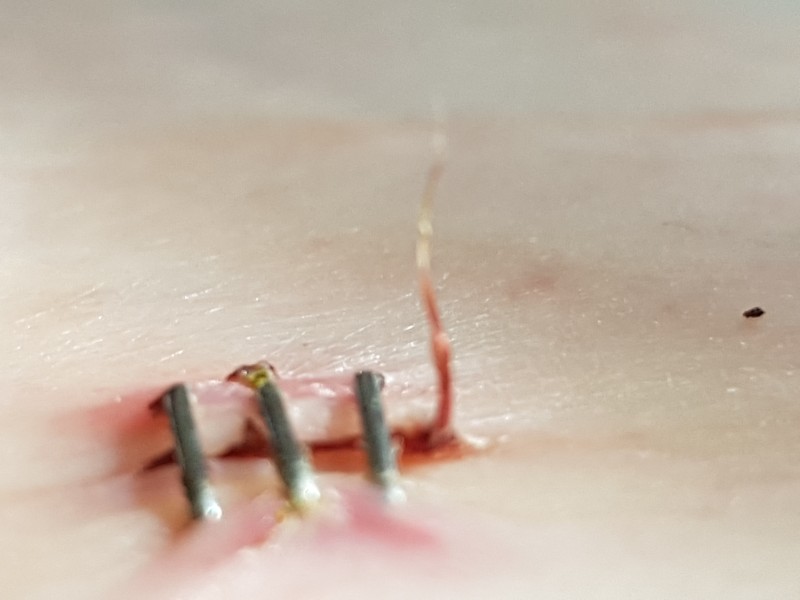 Something left in the wound I got no idea what the hell it is or why it's there. I'm thinking perhaps it was holding something inside. It seems to be that dissolving stitch thing they use inside you. It's only a guess though - I got not idea - I don't know much about medical stuff. 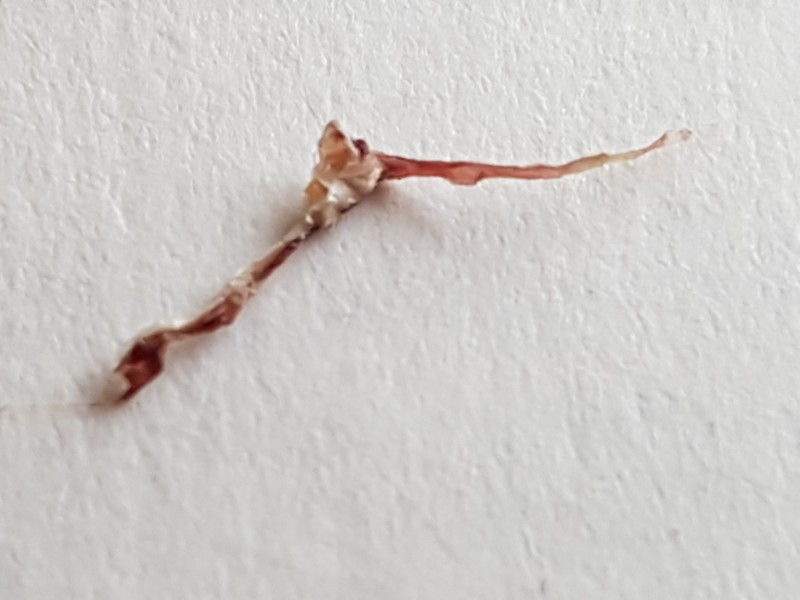 A closeup of the bit sticking out of under the staples. 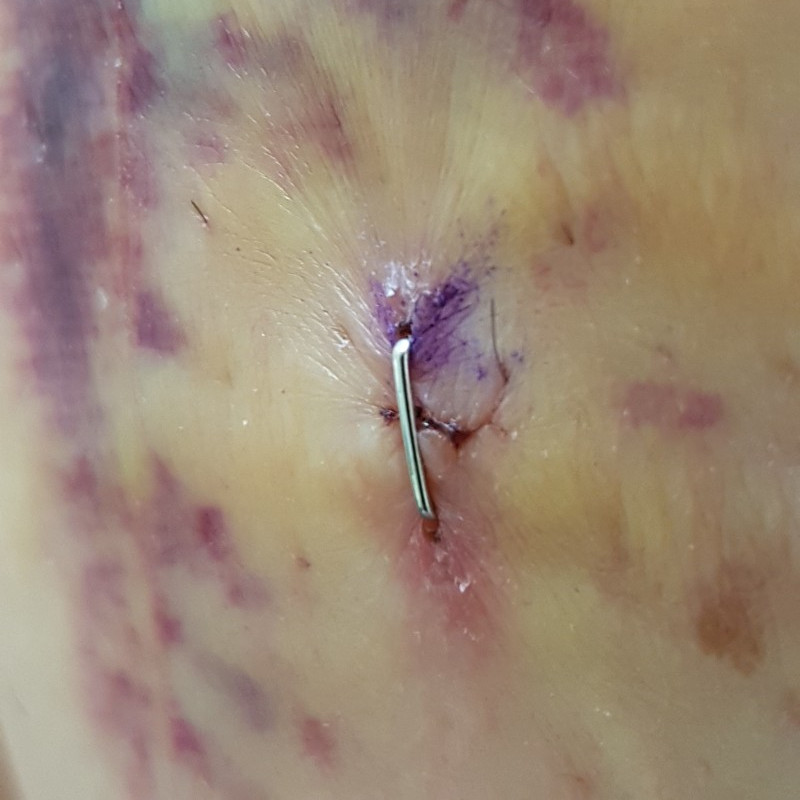 The worst looking of the wounds. Just because there is a big ass bruise around it. The others are mostly clear of discoloration and look rather good - hard to tell there was a cut there. Very little scaring will be visible - they did a nice job of that at least.