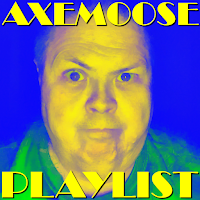 1. If someone wanted to really understand you, what would they read, watch, or listen to? Listen to Cary on Wayward Son by Kansas. 2. Have you ever found a writer who thinks just like you? If so, who? No. 3. List your fandoms and one character from each that you identify with. Doctor who, Captain Jack. 4. Do you like your name? Is there another name you think would fit you better? I like my name. 5. Do you think of yourself as a human being or a human doing? Do you identify yourself by the things you do? Human being. I do not define myself by that I do. 6. Are you religious/spiritual? Spiritual. I don't agree with organized religion at all. 7. Do you care about your ethnicity? No not at all. 8. What musical artists have you most felt connected to over your lifetime? The band Kansas. 9. Are you an artist? Yes. 10. Do you have a creed? Yes, do what you can for others. 11. Describe your ideal day. A good breakfast, a walk in the park and coffee with friends, ending with a nice dinner
Read more

Two Things I Was Wrong About and Some TMI

Thought it had been 10 or 12 years since I last had sex. I am wrong. This photo was taken on Jan 9, 2012. The person who owned the laptop was the last person I had sex with. She even picked up the coffee and doughnut for me - wasn't that nice of her? I helped her set up the new Macbook then as a thank you, we went to her place and... well you know. It's just under 9 years since that date (as of the time I posted this). I have literally no memory of ever owning slipper or pajamas. Well here I am at age 3 in slippers and pajamas. I've said 100 times that I have never owned any and there they are. I do firmly remember back to age 5 not having pajamas anymore, I slept nude from at least that point on. In the evening when we where sure no others would be coming over, my Dad, my Brother and I would often watch TV nude before bed. Mother never did this as she was raised to be ashamed of her body. This is something I'm rather sure most of our relatives never knew but some of my
Read more