2. How did you discover your sexuality? Thought the right term was bisexual, then I found out the difference was I have no concern for gender designation, not just attracted to the standard Male, Female. I'm also attracted to non-binary and trans people.

3. Who was the first person you told? Think I mentioned it at coffee when someone mentioned sexuality. I had to share. I've also told most of the planet.

4. Describe what it was like coming out. For me it was very easy, people know I was not straight for a very long time, I just changed what I identify as. Coming out in the first place was kind of anticlimactic, no one seemed to care at all, it was like I was telling them it's sunny outside.

5. If you’re out, How did your parents/guardians/friends react when you told them? They literally where not even slightly surprised by it. They seemed to know long before I told them.

6. What is one question you hate people asking about your sexuality? "Are you attracted to pans". Now I'm kind of sure this is almost always a joke, but it gets old after a few years.

7. What’s your favorite thing about the LGBTQ+ community? Diversity is accepted for the most part. Yeah, but there are some who are still hung up on gender rolls kind of strongly. Other then that, most people are very accepting of who you are and what you believe.

8. Have you ever been to a gay bar? Just the 2 of them. Not much choice here. You literally have to go to another city to get to one.

9. Who is your favorite LGBTQ+ Icon/Advocate/Celebrity? Margret Cho.

10. Have you been in a relationship and how did you meet? Been in several of various types. Met most of them threw friends.

11. Have you ever faced discrimination? Oh hell yes. You can't be out publicly and not have someone say or do something stupid. To be honest 95% of it has been online people who hide like a coward behind a fake name. Not many people have flipped out on me in person. The ones that have all but one was an old person and the young one seems to be quite mentally ill and using GOD as his drug.

12. Your Favorite LGBTQ+ movie or show? Going to have to say Midnight Cowboy.

13. The most ridiculous thing you’ve heard about the LGBTQ+ community? That they are child molesters. The reality is that's an entirely different sexuality that is covered by the rainbow. Not all that many people who call themselves part of the community end up wanting to harm a child. To be honest most people I know in the community would deal very harshly with a child molester.

14. The LGBTQ+ slur you hate the most? To be 100% honest, I literally don't care what people call me or others. If you are going to spend your time being pissed off at every moron who can't handle reality and has to show hate to feel good, you will never be happy. So let they say it and move on with your life.

15. End this on something you’d like to tell the world about LGBTQ+ Community. We are just people. Sure there is a bit more glitz and glamour, but we are just people. There is no possibility you don't know someone who is part of the rainbow. Most of the time you literally would not know. To be honest, I've seen people who are 100% straight act feminine and people who are 100% gay act very masculine. Yes people live the stereotypes, but most of them are just like you. Oh and NO we don't tend to worship the devil, most have no spirituality at all. The ones who do, tend to be non typical as in not Christian or any of the major brands of religion. 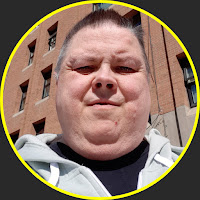