TV TIME - I'M KEEPING CABLE AND GETTING AN ANDROID BOX 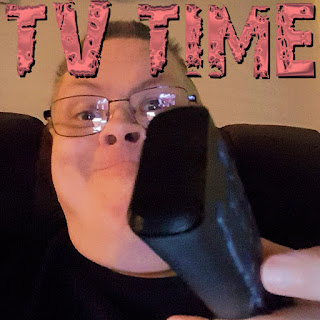 Ya know I was thinking of going streaming only and getting rid of cable. However the services I wanted would be about $50 a month for all 3 of them. The cool thing is when I went to my cable company about it, they changed my plan and now I am getting everything I wanted for $45 less than I was before. So this is like paying $5 for cable compared to my alternative. Being this give me a lot more options for entertainment - I'm very happy with it.

I was going to get Crave TV and being I wanted the HBO and Movies with it, it would have been $20 a month plus tax and with the other 2 services it would be like $50.

However I have a TV from 2011 and it does not do streaming. The cable box only does Netflix and YouTube. I want to also have my Prime on there. So I got a streaming box.

Well at first I wanted a FireStick - but they keep flippin on weather you can watch YouTube on the dang thing - so screw them. I was going to get a $69.99 android box that was like 1GB or ram and 16GB or storage. Then I found one from the same people that was $89.99 and it had 4GB of ram and 64GB of storage. There was also a $15 coupon for it on the sale page. So I jumped on that one.

Being the sale was going to end at the end of the month, I ordered it last night. Now this leaves me with a big hole in the amount of money I have to do other things BUT if I don't have any expenses I'll be like $30 to $50 on my overdraft this next month after I do my normal entertainment - pizza nights and a dinner party I'm going to.

So it's all good. I will make it up and more the next month after that, as I get $180 in from the feds that month. So it works out. The saving I am getting will be less than the amount I'll pay to have the overdraft, so it works to my advantage to do it now and I get to watch my stuff like next week.

There is an added bonus that the more expensive box has the ability to pare with my headphones so I can watch movies and shows at 3AM and not be a bother. Now I shut it off at 11PM so I don't bother anyone.

I'll also have room on the box to add in apps like YouTube music and other services I might want. The box apparently comes with Prime installed as well as YT and Netflix and several other apps. So I just have to add a few other things I want to have.

Kodi can NOT be pre-installed on a box in Canada as per law now - but you can install it and run it and NOT be breaking the law. That is to say, even if you are watching bootleg content - streaming them is not a crime, downloading and uploading them is - but streaming specifically is NOT.

I'm sure in the future that will change and I have no desire to watch low quality content that buffers and so on, so I'll not be effected when they ban it. I will however be using it for the on demand for several channels I like on TV right now as I'll be able to log into the GO apps for them.

The only issue I have seen - seems to effect almost all Android boxes and that's the need to pull out the plug and put it back in every week or 2. Now being that my phone needs to be reset - or powered down then back up every week or 2, I can see the need. Seems though, this bothers the shit out of some people. I guess they never noticed they need to do it with their phone and tablet. Sigh.

Yes, I do realize the FireStick can be side loaded, but this does NOT need to be messed with and has way more power to it. So I'm going with something more expensive to have the ability to watch it all day long and not have it complain. I read someone saying the FireStick does not like to be used for 10 hours a day. No idea if he is just dissing it, or not. Seriously if you have one and are reading this, tell me if it has issues like that or not in the comments.

The box is said to be nice and fast compared to the very old one I used to have back in the day. So that will be nice. That being said, people complain that it takes 30 seconds to power up - sigh. Hell the first one I had took a full minute to boot up and there was almost nothing on the thing LOL.

Anyways, now I'll be able to record my shows that I'd miss on the cable box and still be able to watch my streaming content and it's a lot less money a month that it used to be. But YES I'm paying like $70 a month for VERY fast internet. I freaking LOVE my fast internet and you can't take it from me LOL.

One last thing - I was thinking of switching to Sasktel but seeing how many internet problems people continue to have with them, I'm not impressed that I can get the service I want. As well for the price I would have had less than half the speed I have now - so why the hell would I do that. To get the speed I have now - I'd have to pay over $200 with them so NO.

I did actually think about getting the Shaw 600 - but the download speed being double what I have is nice, but I don't think it's worth the month for only 5mbs upload speed more - I'd pay like $20 more a month to have 30 up instead of 15. YES we have SLOW upload speeds in Canada - we are known for that.

Well have a wonderful day and keep smiling.

P.S. I need to get a switch box for the HDMI input I'll be using as I only have 2 and 3 devices - this way I can still watch my DVD's.