WHAT'S WRONG WITH THE YOUNG PEOPLE 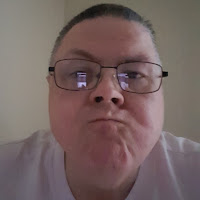 First off not every young person is off the mark in the manners I am about to describe. The other things is, this is a series of generalizations based on my observations of a segment of the young population. Third this is entertainment mostly (70%) {I'm afraid only old farts like me will think this funny however}.

⦿ Raised yo think they are special and unique and leaders. The problem is, most of them are followers of trends and want to be just like a million other people. In fact, they often can’t do anything that is considered unique and have the notion that if they do ordinary things “their way” then it’s unique. The term eludes them.

⦿ They were given the opportunity to go to college on their parents dime. This gave them the feeling that they deserve a job and don't understand the value of that job, or desire to actually do the job.

⦿ The advent of social media has made them think they are some kind of star, because they get the attention of strangers. The more followers the worse this becomes, there is no gratitude for their followers attention - they think they deserve it automatically.

⦿ Their out of touch with reality expectations have them depressed and filled with anxiety. They can't obtain that status that the sense of importance they were raised with makes them desire.

⦿ Their sense of self entitlement has driven them to satisfy every desire no matter the consequence. This has led to crushing debt and in some cases their financial ruin.yet they still feel they deserve it all because they were given it all to the detriment of their parents financial future.

⦿ There is also the idea that they are bombarded with vast amounts of information and chose to believe anything that is shared by people they know or things they want to be true. Being that every wackadoodle opinion is expressed on social media, their views can be validated no matter how far from reality.