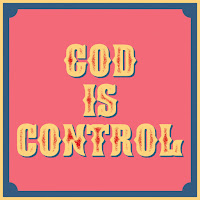 In my humble opinion I think that religion was born of the desire to control the masses and keep them in line. With rules like "if you don't believe you will be punished for all of eternity", how can you think any less? Does a loving parent demand 100% loyalty all of the time under threat of torture beyond imagining? No they don't.

The modern form of what we call religion in the west (Christianity) was formed for the most part in a time of crushing poverty and discontent. It was not enough to just say "we will kill you if you don't follow", there had to be more control then that.

The fact that torture and terror where used to back up the demand that you follow the words in a book should tell you something. Fear was the motivator in the beginning then along the line it became belief and a feeling of belonging that controlled the actions of people.

In the early days it was beating them over the head with the fact that God wants you to be the best slave to the system you can be. Then later it became "we need money and followers". Thus was born the idea of demanding of others around the world to follow your brand of religion or be damned.

The idea that God would spread people all over the world and allow then to develop other forms of religion then send them ALL to hell for not following the one "true religion", is an absurdity. It is in fact an abusive notion that makes you follow the rules of a book in order to manipulate you.

To this day people in a so called modern society use the "word of God" as a blunt instrument against those they don't think are worthy (AKA sinners). There is still acts of violence in a so called civilized society over the differences in things like gender identity and sexuality.

It has come to the point that people think God himself has made a person the leader of a country. That it is the will of God that their brand of politics be on top. Tell me this is not a notion to stay in power as there is fear of Gods wrath if the opposition comes to power?

Now there are a lot of progressive thinkers in the Christian community but they still have the notion of eternal punishment if you do not accept and follow Christ. That to me is a sad commentary on the state of logical thinking.

If you where to accept that there is a power out there, would you not logically conclude that God has formed many versions of him or her self in the minds of different people in order to reach more people? Why would you possibly think that the vast majority of people are going to hell?

It is to me an absurdity that the demand to follow one brand of God is a must. To me there is the more valid idea that belief is an individual thing and the person is the one who knows what form of God to follow and if it does no harm, it is a valid path.

I think that any God who actually cared about people would accept them from all part of the world and all cultures based an the idea of doing what is right instead of what is wrong in their life. The notion that sin can not be forgiven unless you follow one path is invalid at best and abusive at worst.

Why would people be drawn so strongly to not believe or to believe in many different forms of worship if there was only one path? The idea that it is somehow the Devil influencing them to their own damnation is absurd. That would state that the Devil has the same power over people as God and stands in the face of it's own teachings.

The most logical conclusion is that we live by cosmic accident and we create the concept of God to deal with mortality at best. For a long time all things that we did not understand where magic. This is no different. We invent a magic person in the sky who knows all and sees all and that will punish us.

There has always been the desire of a society to make people follow the rules (to control them). This is a very good way of doing it. To demand loyalty to a system and a God that has strict rules and the idea of ever lasting punishment or in some cases destruction of the soul.

It is just one step more that a justice system and laws of society. It is a forced morality in the form of ultimate punishment. After all there will always be people who do not fear earthly punishment or even death. To make people believe in ever lasting torment is to control the people who might not follow mans laws.

It is also a very good system for making people do terrible things in the name of God. We see this in the acts of terror around the world. It is GOD'S will not just some group of people who want power over all of the earth. I have deep doubts that the people who demand such terrible things happen in the name of God even think there is a God - for the often go against their own laws in their own holly books to satisfy their need for power and control.

To me the idea of religion is only a system of control and the idea of God should be a personal one. We as a people do agree that rules are good and laws to control are also good. Lets just allow those rules to be formed and controlled by rational people for the common good of all and not for the power and control of a very few.

Maybe at a later date I will explain how the Media outlets and entertainment industry are replacing God as an ideal in order to justify the terrible unbalance of wealth in society. But for now I'm going to sip coffee and look at my social media. Let the duality of that last statement sink in as well.