So I Was Watching Vice And... 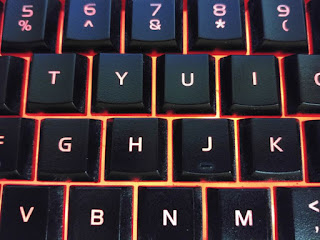 So I was watching vice and it was about the Russian hacker threat. I was immediately reminded of when a friend picked up a computer at a local store. First off this store did not last long and was out of business in short order.

But the thing is when we got it to his place and where setting it up there was a disk in the CD drive. Well all it had on it was "Ghost" in marker. I at the time knew a man in town that was rather good at security systems and coding. So I passed it off to him and he looked at it.

Turns out it was a keylogger. This is a type of program for spying on people and literally everything they do on the system will be reported to a site on the internet that can be entered in in the setup. Well the site was a local IP address.

Here is the ticket, a keylogger can record you typing in your passwords or banking information. My friend passed the information on to the RCMP and they in turn talked to my friend. It was not long after this that the store closed it's doors and was gone for good.

I don't actually know what happened to the guy running it and I have never encountered him again. Chances are if he did not end up charged with something, he moved on to a different city to try and scam other people.

The most common infections seem to come from emails and no matter how secure you are it can happen. As soon as one exploit is closed another one will be discovered by the black hats and you are once again at risk.

In reality you are only safe from people who are not front line and have downloaded code from some other source that is out of date. The front line hackers are the ones who will end up hitting you up for some bit coins.

The majority of the time when people get infections in an email, it's when they open an attachment. In the case of another friend it was a fake email from a service looking to "get you government money". The PDF in the attachment had code in it and that was it, his system locked up.

Lucky in my case it was an easy fix. In the case of my friend he lost all his data as it was encrypted. The virus had waited for him to back up and had encrypted the files on his removable HD as well. So all his photos and information was lost.

He was not able to pay the $500US that was demanded and thus had to wipe out the system and start fresh. On a positive note some forms of this scam are 100% recoverable from as there are decryption keys available to recover the data - but not for most of them.

Personally I would miss the thousands of photos I have collected but all the good stuff is on DVD just in case.

Windows integration with the cloud is a good thing when switching to a new system, but if you get hit by this, it can actually spread the infection to other systems that use your same login.

BTW a lot of click bate sites tend to not be safe as the advertising portholes they use are not interested in giving you safe ads just in revenue. A local system was hit with this a few years ago as an ad on their page was passing code (one more reason to get rid of flash).

In any event, there are ways to keep yourself safer but no way to be 100% safe. After all security software only works AFTER a bunch of people get infected and the code is known to the programmers keeping you safer...

One last note, the most powerful bit of code to get into systems was leaked into the wild by a US government agency. It has shown up all over the world now.