Thinking About Mortality - AKA Do We Go On After Death? 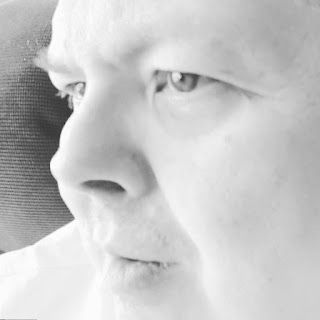 So ever just sit there and think about mortality? I have many many times. I used to be scared of the concept of not being alive. Then after Dad died that changed. I just sopped being afraid of death for some reason.

Don't get me wrong, I want to live forever - or at least till humanity stops existing - but I don't fear the fact that one of these days THUMP on the floor I go and off to be cremated they take me.

The vast majority of my life I have been quite certain that this is not the end. That is to say, that we go on in a different form after we die. Now I have not one clue what that new form is, or where the heck we go. But for some reason I have always thought there is more than just this life.

I've played with many forms of spiritual wisdom as it where. In the end I ended up thinking that the universe is literally the body of God. Yes this is a bizarre one and I'm sure most of you though "what the fuck" when you read that. But I'm not alone with this thought by a long shot.

I figure that when we die we get recycled as it where into a different way of existing. Not on this planet though, but in some other form of life. Then sooner or later we just become energy that is one with the great contentiousness that is the universe and we share it's mysteries.

There are actually enough people who follow this line of thinking that there are different brands of it. I'm one branch that believes in the multiple lives thing. Others think that this is the only step then we become one with the universe. Others think we are a bit of the mind of God thinking out possible forms of existence and that after God stops thinking up possibilities the universe stops existing.

But in the end it all comes down to an afterlife of some kind for me. Now it took me decades to get to this conclusion. There was a lot of looking into things of many sources and then seeing what "made sense" to me. Yes this makes sense to me.

I'm also fine with the fact I and many others might be wrong and we just stop existing. In that case who cares. Not like I will notice I was wrong about it.

I also think that there is more than one form of joining with the universe. For those who do a lot of bad things you end up with a bad afterlife - it is all up to choice this way. You chose to be who you are and thus chose what happens to you later. And NO I don't think you will be given eternal punishment for not believing what I think is right. In fact I think the bad folks will enjoy their existence just as much as I will - they will be with their kind.

I would very much like to know what you think in the comments. Do we just STOP one day? Do only a few get to go on? Is there eternal punishment for those who don't believe in your book? Let me know.