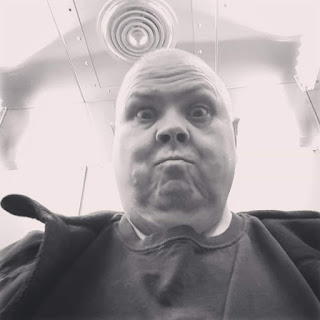 Been more down than up this last while. To be honest there has been a lot of pain and fatigue. But today is not terrible thank God.

Yesterday however I was in need to cooking food for the next 4 days as there was no meals ready to eat in the fridge (MRE's). I just heat them up in the microwave and eat them.

But now it's done although I had a severe headache and the chronic fatigue syndrome was kicking my ass. I'm very thankful it's not as bad as some people get it. Some I know spend weeks in bed literally unable to help themselves. So I'm lucky all I need to do is push myself.

Pushing myself however does cause the pain to be much worse and by the end of it all I was hurting a lot.

Not to excuse my outburst on Facebook, but I went off after being in pain, being fatigued and it being my dead Mothers birthday. Today I'm sad as hell to think "I forget Dad's birthday". It's somehow gone from my memory. Something tells me it's June 26th though. Dad has been dead for over 25 years now - almost half of my life.

Right now I'm sitting here while I can. My fibro is being triggered from all the sugar I just eat. It won't be the worse flair ever, but it will hurt all the same - one more reason I'm a dumb ass. In the background the computer is crunching away at flame fractals to be posted later tonight.

I watched a lot of TV today - cleared the DVR and watched a movie and 6 episodes of "Lore" on Prime. - That is a good show BTW if you are into it's kind. Hanna is a must see on Prime BTW.

Anyway off to set another render to run.