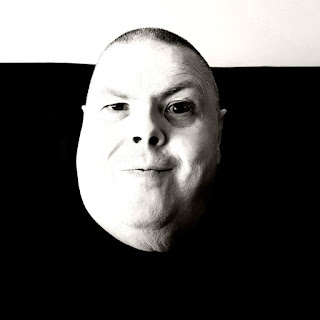 First off, this was years ago and at this point I'd just ignore the person and let them be offended all by themselves for no valid reason, rather than try to explain. Also I have mellowed with age and would not have gotten snarky with them now.

So I was depressed and out in a coffee shop. I was sitting there kind of blankly looking off into space. This woman sat where I was looking and I honestly did not even notice her siting there.

Well she saw me looking and took offence. She said to stop staring at her. Well I explained I was not looking at her and just staring blank into space. She of course did not believe this.

Well I then told her I thought it was very sexist of her to think I was lusting after her and that seemed to trigger the shit out of her. So off she went on some angry rant on how only MEN can be sexist some how.

Well at this point I was sue she was mentally ill and told her I knew a good physiologist and would give her his card. Well that did not go over well.

At was at this point the barista told her she had to leave and she then went on on him about how he was trying to oppress her. I'm not even joking - that's what she said. Sigh.

Looking back it's obvious she was damaged goods and I should have just looked away and let her go on to her friend how evil the man was. But at the time I figured being a bit funny with the sexist thing was going to work for some reason. I honestly can't imagine why at this point.

Just realize that there are a growing number of people who desire to be a victim and are looking for a reason to express how you are holding them down - even if you don't actually care they exist - or you are actually trying to help them. Sigh.

A good example other than coffee house woman was a woman I held a door for. She stopped and screamed "fuck you, you piece of shit, I can open the door myself". Well all my life I was taught to hold the door for people as I was going in if they where close to me. The old man I held it for a short time before did not call me down. BUT. Victim...

I think my all time favorite was when I said "It's a great day out there don't you think" to some older guy one time. Well he lost his shit. I mean I honestly thing he had a psychotic break at that exact moment. I figured he was going to drop dead he was turning so red.

Some days you just can't win, but most of the time people just ignore you being friendly - and yes some are friendly back. So it's all good.