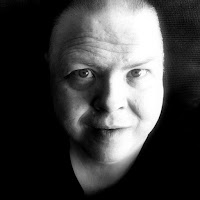 Sam Steele was a real person with a distinguished career in the military and the North West Mounted Police. He was more than likely one of the toughest men to be produced by Canada. He kept law and order to the most part in a place where there was a lot of bad people running around. He was the one who implemented the rule that you need to have a year’s supply of food before you could enter the region. He also made the rule that all people crossing the river on the boat need to be logged in case someone fell over and they had to go looking for them. On an interesting note at the time he was up there, the USA and Canada where trying to decide where the line between the Yukon and Alaska would be. Evidently, he took things into his own hand and put up a machine gun nest at the point he decided it would be. To this day, that is the border line.

Klondike Kate who became famous for her dancing and vaudeville skits became the richest First Nations person in the world. She also had a success in motion pictures at the time and sold many photos of herself. She kept a lot of hard-working minors happy and out of trouble and helped to keep the peace that way. She passed on the in the 1940’s relatively unknown to the world and had faded into obscurity by that time.

On an unrelated note, Soapy Smith I found out was a real person as well. I always thought he was a Hollywood creation. He was figured in several old movies about the old west as a gangster and conman. That part was real. He never made it far and died at the age of 38. The name soapy came from a scam to sell soap to people in the old west. The name haunted him to his last day on earth. And no he had nothing to do with the Klondike and most likely never came to Canada – but it was in the related searches, so I looked up several sources. BTW there is a web page dedicated to him out there.