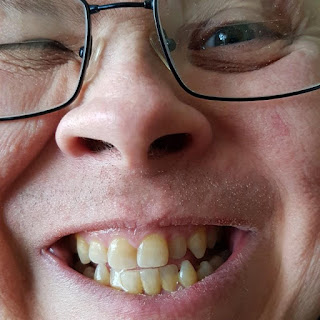 OK one more before I lay on the bed for a while holding my stuffed Pusheen the cat and wondering if the pain will ever end.

So I am 1 block from Main Street and there is a stop sign at the corner of my building. It's a 4 way stop. It's also right beside a school that often has events late at night. It's a school zone 24 hours a day for this reason.

Well people seem to like to launch their cars from that point either going west or east. I've literally never seen one go it north or south. In any event, there has been these 2 cars going back and forth for literally 90 minutes now from that 4 way stop. They floor the car and take off for a very short distance then circle around and do it again.

All I can figure is they are trying to do a burnout and literally don't have the power to do it. So after first being annoyed at the constant sound of them flooring the car, I'm now amused at hell thinking they can't spin the tires for the life of them.

This being said I have several times over the years seen the same truck doing this from this point, but he would fly down the street (school zone) then come back doing the same thing. Why I literally don't know. Once again not enough off the line power to spark the tiers, but an unsafe speed in a school zone.

I'm thinking there should be a speed camera on that corner pointing at the school zone. The thing would pay for it's self in 2 weeks. But it would mostly be the parents of the high school kids paying the fine for them - still... good idea if you ask me. If not just to get points on their drivers license to the point they are not legally allowed to drive for a year.

Honestly I'm not some old guy who can't have fun and wants you off the lawn. I actually love to watch a good burnout and kind of like the smell of it. I also like a SAFER street race done on a freeway some place. I actually watch a lot of street racing videos on YouTube although I'm not subbed to any of the popular channels for it.

I also love the feeling of traveling extremely fast on the highway - as in over 100 mph. The fastest I've traveled on a road was in a now dead friends car as a passenger. He got it up to 186 mph before it started to drift too much. There was still travel in the peddle - it could have gone faster if we had the traction.

Personally the fastest I had my own car going was about 100mph. I had my friends cat at about 140 when I pussied out and pulled it over for him to drive again. I love speed. This was however on a highway that is very little traffic. Now in the condition it's in - we would have died - but it was pristine at that time in the late 1980's.

But yeah - 90 minutes of trying to burn out with 2 cars and nothing. LOL. At least they don't give up easy. BAHAHAHA.