2 Examples Of Crazy In My Life 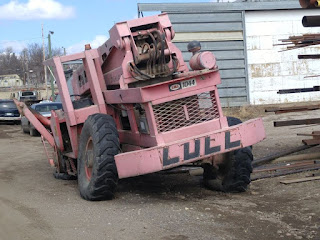 OK just told someone it's been 12 years BUT I did the math and it's 21 years. I know a guy who has been telling everyone he can that he is dying. He keeps saying he only has 9 months to live or 2 years to live - depends on his mood at the time. MANY times he came out with "I got put on an experimental treatment program and it saved my life" only to be saying next month to others that he is going to die soon.

The same person of course keeps going on about having his job terminated because a service organization in town is going to his boss and telling lies about him. This is of course insane. He keeps doing things to get himself fired like "not showing up for work and not calling in sick" or "telling a co-worker that is 20 years younger than him to show up at his place with beer and you better look sexy". Yet it's not his fault at all he gets fired from every job.

The same person is into cars. Well he has scammed parts of of people that he befriended many times. It's to the point he is run out of people he can scam. Seems he will ask to "buy the parts" they as is practice for a lot of people around here, no paper work is handed out over the deal - he then later will claim he never got any parts from the person.

Also several people I know who have tried to get money out of him over deals gone south, have been told by reclamation persons "you will have to get in line, we been trying to get him to pay debts for years".

Here is the best part, he goes online OFTEN to spew out how shitty people treat him and how bad life is and how he keeps getting ripped off. I have no idea what his condition is, but it causes him to complain about things he has done to others as if they where done to him.

This is nothing new though - I seem to collect crazy people in my life. I also know a guy who has called the cops one myself and several friends of mine because "we where spreading lies about him" or "we where picking on him". This thank God has not happened in years but I remember a cop calling me and saying how he knows this guy is batshit crazy but he has to ask the questions.

He had this idea one time that this fellow we both know was going to the collage he used to go to and telling people that are going their now that "he cheated" and many other things. Sigh. The best part is, why the living hell would any of the current students know who the hell he is or care? But to the twisted mind, it's all a conspiracy.

So what is my point of adding in the 2nd person to this post? Once again he DOES the stuff that he claims is being done to him. I have spotted him parking in the parking lot of 3 places I have lived now in the middle of the night - God knows what he is doing. He also has tried to tell people I know all kinds of things about me and they would come to me saying "who is this crazy person"?

Anyway. I need to lay down a bit, my back hurts... Or is it I need to go talk about people HA. The best thing is, both of these crazy ass people WILL read this as they always do (got them tagged in a tracker) and this will validate what they think. They may even send the link out saying "look at the lies about me" LOL.