Me No Sleep At Night AKA Chronic Illness And Sleeping 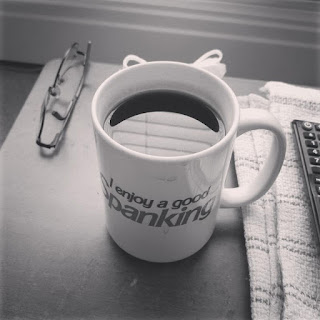 It's about to hit 2 am and I have the deep desire to put on a pot of coffee and stay up all night to try and reset my sleeping patterns. But I'll be good and not do it although it's tempting to try.

I've not slept normally in years actually. In fact 41 years to be exact. My sleeping troubles started when I was just 9 years old.

In the last 17 years since I became too disabled to work it's gotten much worse as well, I have nothing forcing me to go to bed like needing to get up in the morning. Now and then I DO need to for an appointment and generally if it's before noon I'll stay up then sleep after. If it's after noon then I will get very little sleep and go to it all scrambled.

Seems my brain wants to work better starting around 9 pm and works faster and smoother until around 5 am. Most of the time I'm asleep by 3:30 am though. Still it's a bother.

Enter living in an old person building. Well the building I am in is for seniors and the disabled. Well I'm disabled and 5 years away from being a senior. So here I am...

So there is this thing we need to put on our door before 9 am. It literally says "I'm OK" on it. It's to show we are still alive and no one has to worry about us. Actually it's in case someone falls or has a medical emergency in the night or in the day so they don't end up laying there waiting for help for days on end.

It's a good system and with my health problems I like the idea. The only thing is, my body wants me to sleep until noon or so. SOOO... I put the sign out generally at about 1 am and hope for the best.

The risk is the same actually. Say at noon I pass out and hit the floor. Well they won't know to enter the apartment until the next day anyway. So the chance of me laying here needing help for 20 hours or so is the same as if I put it out in the morning at 8 am.

I really do wish I could sleep right though. I wish my brain would let me sleep at the time normal people want to sleep. See a normal person sees it getting dark and the brain says "lets go to bed soon". My brain on the other hand says "Hay lets do a bunch of things for the next 7 hours".

I don't want to watch TV at this ungodly hour as it might bother someone - even if there is a 95% chance they would not even hear the TV. I'm just not rude... So I put on the headphones on the PC and listen to music or VLOGS and so on. Or I sit in the comfy chair with the Blue tooth headset on and listen to music on my phone or watch a movie on Netflix on my tablet.

The laundry room is in the basement and there is no apartments down there. This is a good thing as I can go down at 9 pm or so and start doing laundry until midnight. I notice the cleaning staff shows up at about that time so I like to be done before then.

Would be interesting to know. Here is a study to look at if you like - it does NOT mention the sleeping patterns BEFORE the onset.