I Enjoy The Hell Out Of Coffee 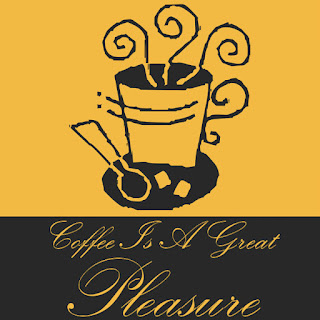 I have friends who tell me "coffee is so expensive don't waste your money on it". Well the thing is the coffee I drink if $9.99 for an entire months worth of drinking coffee all afternoon long. How is this a waste of money?

I get a lot of pleasure out of the coffee as well. It's not just the stimulation it gives as that is minimal after many years of drinking it literally ever day and many cups every day. It's the taste.

I am sure most people would say the same thing that enjoy coffee. It's at it's best on the first cup of the day just cooled down enough to not hurt my tong. I admit the other cups are slightly less enjoyable than the first of the day but they still rock.

Yes there is an addiction factor at play here, I am addicted to it and I admit that fully. But there are health benefits to it you can't ignore - so there...

Here is the admission - I KNOW that it's not the taste that makes it so pleasurable (even though I freaking love the taste). I understand that as a long time drinker of coffee after not having it for over 12 hours my body wants it rather badly and when I get it my brain rewards me with a rush of chemicals that give me that pleasure.

Unlike street drugs and some the doctors give you, you don't need more and more of it to get you threw the day. In fact there are people who are just fine with 1 strong cup in the morning and that is it.

For me it's 40% the actual act of drinking the coffee that gives me joy. It is linked to a great deal of good times in my memory and to the memory of family and friends who are no longer in my life. I like everything about it, even the act of making it brings pleasure to me. So how can the $0.33 a day be NOT WORTH IT?

The best part is people I know that have addictions to other things telling me "I don't want it to control me". LOL like your spending $50 a week on scratch tickets just in case you with that $10,000...

I'm even to the point that I have a coffee cup for any mood. When I am not happy and need a pick up it's the Pusheen cup. When I am feeling sexy it's a cup with something on it I won't say as it's kind of rude. There is the cup with Mom's photo on it. And for most days it's a cup that says "I Enjoy A Good Spanking".

I am sure if I ever hit the lotto I would spend a lot more money on it than I do now, but for now in my poor ass on disability days - I will spend $10 on it... Have a great day and keep smiling.