Maxwell House, It Don't Suck After All 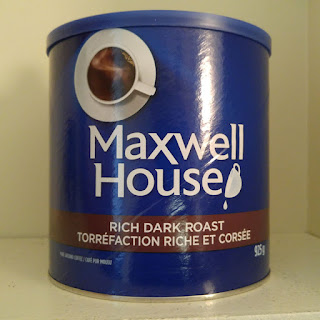 So when I was in my 20's I had a cup of Maxwell house coffee and it sucked so bad I waited until I was 50 to have it again. I mean it was terrible, as in could not drink it.

But I was at a friends place and he gave me a cup (about a month ago) and I liked it a lot. I asked him what it was and he told me. Well I had to have him show me the container as I did not believe him LOL. But there it was and I was enjoying it.

I don't know why the hell I was so turned off from that cup of it all those years ago, but I like it now. It is also $8 less a can than my normal coffee, so I think I will stick with it. Got to be dark roast though for that full rich dark taste. MMM coffee.