We Are Losing Our Humanity 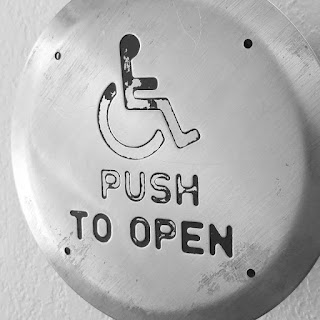 Got to love people who tell someone who is 100% disabled shit like "get a job" and "don't make excuses". Either they are looking for attention or they are literally too stupid to comprehend the situation. The best part is, the most hate I see for the disabled is from people who call themselves a Christian. These so called Christians all think that gathering wealth and having things is more important than helping the disadvantaged.

Jesus warned that the love of money will doom you and commanded that we help the disadvantaged when we can. Yet they see it as their God given task to take away the benefits of the poorest of the poor and let them die in misery on the streets.

Not to mention the growing moment of morons that think you will be spontaneously healed if you just trust and believe in God enough. They then land the blame for your being sick or disabled on you instead of on circumstance. This allows them to pass over actually helping as "it's Gods will".

In any event these people are all low class when it comes to humanity and are the actual sub-humans not the ones they look down on.

The worst of this is that there are governments that have this same way of thinking and thus think it is fine to cut services for the disabled and the poor. One good example of this is here is Saskatchewan where a large number of people had their disability cut and education funding was hit hard. That had the effect of lunch programs being cut back on to pay for other needed things in the schools. Thus punishing children for their parents being poor.

Health care also suffers from this government push to "save money". The reality of the situation is, if you allow people the money they need to eat healthy and to participate in healthy activity then the need for medical attention is lowered. The saving from this is always greater than the expense of needlessly treating people for preventable illness. This is of course looking at the long term when the government can only see the short term.

What I understand the least is that the vast majority of people calling for the elimination of social programs are the middle class. These are the same people who over the past years have seen what they have slowly slipping away. Do they not realize that they are the same ones who may in the future need these programs?

The middle class seems to think that instead of a much needed shift in how we think and act and distribute wealth, what is needed is "less taxes". The entire time they are loading up the credit cards for things they don't need so they can appear to have more wealth and success than they have. They for the most part are their own problem. Yet the disabled and the poor are the targets not their spending habits and the increasing profits on the backs of the workers are also ignored. These same people think that the more a company gets in profits the better they are even though reality is much different.

What we need is public service campaigns to tell people to act like humans again and to help one and other. Yet what we get is mass marketing of products and services that no one really needs. Not to mention an economy based on the exploitation of the anger towards the poor and disabled.

I know of one person who is riding on a disability pension for years now that was from insurance he payed into. This same person sees the disabled and the poor on the tax payers dime as being a blight and that they should be left to die. The reality of others now working to pay the company feeding and housing him on his pension does not seem to compute. This is the same thing. Others paying for him, yet he can't see it.

Humanity seems to have reached it's peek as a culture years ago and is now regressing. We have better things and faster internet and so on, but we are losing the ability to love our fellow man and the compassion that kept us human. We are close to being lost. Charles Dickens would be right at home in our world.