ARE WE TALKING TO GOD OR OURSELVES? 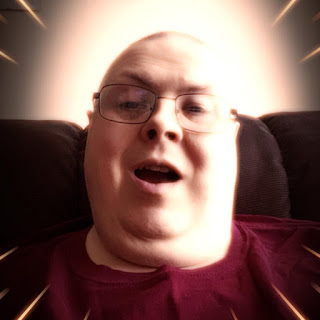 Well there is the idea that we are God. Now this is NOT to say that we can do things if we only unlock how to create a city or something - it's to say, when we call out to God we call out to ourselves and each other.

When you pray you are just using a different way of thinking to come up with an answer that you are looking for. When you get into a group of religious people and ask them to pray with you or to council you it's the same thing but in a group form.

There is also the idea that if we do believe that our thoughts can help, they will - so prayers and positive thoughts can case things to happen. This is proven wrong so many times over, but it's a thought.

Some of course think that God is listening and if he wishes he will answer you somehow and/or give you what you need. Most of the time this is not what you want by this theory. Then again a lot of right wing Christians believe that God will give you money, power and fame if you do it right - they literally have never read their bible I think.

Personally I've had a LOT of stuff happen over the years. I just can not look away from the evidence. Some call it chance but it has happened many times and I can't just ignore it at this time in my life.

Every time I need validation of the existence of some higher power, I get it in a form that makes me realize it is a sign sent from "God". It has happened so many times I can't just say it's coincidence. I do however understand the idea of a self fulfilling prophecy. But I chose to believe there is some kind of answer to my pleas.

Then there is the fact that one more than one occasion I've been visited. The first time of note, was when Mom was in the care home and I was truly  depressed. I had this woman dressed as one of the ladies that works on the floor and she was pushing a cart that they do push around.

Well she talked to me saying, "your Mom tells us every day that she is glad you come to see her, and that she loves you very much". At that moment I said something I don't really recall right now and went into the room.

This woman was someone I had not seen on the ward before. After I felt like saying thank you to her and asked about her at the desk on that ward. The nurse said, "no one looking like that is working the floor at this time". In fact, she stated she does not know at all who I am taking about.

Was this a spirit or an angel? I honestly think it was.

There was the time 3 days before Mom died I felt like someone was in the room with me and I was home alone. I looked up and saw an apparition of  my Aunt who had passed years before. She said nothing, I just knew she was coming to take Mom away with her soon and I knew it would be 3 days.

Skip 3 days on and there where a great deal of things that had to happen in the right order at the right time for me to be there before Mom passes so I could be with her at the moment of death. They all lined up and there I was.

I was in a great deal of pain one night and chatting on messenger to my best friend. She said she was going to send the spirit of her Grandma to comfort me. Well once again I saw a spirit like form. It was someone I had never seen.

She had never told me what her Grandma looked like and I had seen no photo. I described her and my friend said "yes that is exactly how she looked". I even described the scent I smelled and that was the scent she liked to wear.

For most of my life I just knew when people died. They came to mind and I knew they where dead. The last time this happened was my brother. I even went looking for an obituary a couple of weeks later.

Well skip 8 months on and his son gets hold of me and tells me he has passed on. I searched his Facebook page and the same day I knew is when his son posted "I am going to miss you Dad".

This however seems to be getting less strong as I go along. When I was a child it hit me like running into a wall. Now it's just a feeling in the back of my mind.

The first time I expressed it was to my Dad when I all the sudden knew my Moms brother was dead and I said it to my Dad. He passed it off and 2 hours later came the phone call and he just looked at me not knowing what to say.

This even was down to knowing my Dog had died when we where in another city. It has to date never failed me.

All this and many more things that I can't possibly explain to someone who does not choose to believe makes me positive there is a "God" out there. I also have the strong belief that this God has no one religion and there is no one path to heaven.

I think if you do no harm and you try your best to do good in this world you will get into the next life.

I also am sure I've lived more than one life - not in the standard sense. I mean time is a loop and we live this existence over and over with very slight changes in it. It's how we know people we have never met for example.

In any event, I do welcome you in the comments to try and show me why I'm wrong to believe - I have seen the logic used many times and I still can't turn from what I feel deep inside.