WHEN THE DESIRE FOR SEX WON'T STOP 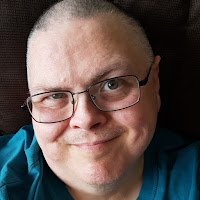 Well this is a tough one to blog about. It makes you sound a bit off no mater how you say it or clarify. But I’m going to try.

So, for my entire life since the age of about 10 I’ve been hypersexual. That is to say, I have an extremely high sex drive. When I was in my teens and twenties this was not a large issue. But after I lost the desire to chase after people to have sex with, it did become an issue.

Now I am 52 I thought by now it would have calmed down some and I’d not be in this state all of the time every waking moment, yet here I am. It’s a great distraction to say the least.

Now as some of you know I have this thing for looking up and watching body modification videos. I have this morbid fascination with it. Along with these are a number of men who remove their own testicles and or penis – or have someone do it for them.

With this I did a bit of looking up and found that if you don’t take testosterone after your castrated you 100% lose your sex drive. This to me was more than a passing thought after that. In fact, it come to mind now and then. However, I freaking love having orgasms so it’s not a valid option as I’d miss them a LOT.

Now I been thinking lately about talking to my doctor about this, but she is a woman. How do I say to a female doctor, “I’m tired of thinking about sex every moment of my life how can you help”?

I’ve read that there are options to take hormones to lower male sex drive and that would be about the perfect thing. I’d still be able to crank one out now and then and not be wanting to rub the poor thing raw.

Let’s skip back a bit. When I say I think about it all the time it’s literally true for the most part. There is about a 15-minute time span where I’ve had an orgasm where it’s not in my mind then back in comes the desire.

Now I’m pansexual so I’m attracted to about everyone on the planet that is over the age of 30 – trust me there is no desire for them 20-year-old folk – they bug me to much. Body type does not seem to affect the desire and every person I look at for a split second (or 10) I think about them as a sex object.

Now I am not a person to actually want to think of people as things, but this strong desire puts that thought in my head when I first see a person for the first time. However, there is the lack of this when I get to know people for some reason. My brain only wants strangers – I got no idea why.

It is a deep bother to me to be thinking of sex all the time when I deeply desire to use my brain for things other than that. It’s there in my head at this very moment and won’t go away.

Cut back to the 11th of June when I had an operation and the stuff they knocked me out with made it impossible to get myself off for 6 days. Now I was literally painfully aroused by this point in time. It literally was causing me pain down in my man bits.

Now I’m certain that some people reading this – in fact most – won’t understand even a little bit how much of a problem this actually is to people like me. All I can say is how I feel. I want to fix it but don’t know how to go about asking my doctor about this.

The strange thing is I’m not a shy person I just don’t want to cause her to be uncomfortable about it. And where there hell do you go in Saskatchewan to see a specialist about this? You don’t because they don’t exist here.

In any event, I know I’m not the only person like this. I’ve seen many blogs and videos about it over the years. I’ve also talked to people in person about it several times.

I’m also sure some people will find this amusing and really, it’s not. Just like any other affliction, it’s hard to deal with and being there is a big social bias against talking about sex in our culture it makes it worse.

In any event, I’ll end here. You folks have a great day.